Raven-Symoné, who announced Thursday morning that she is leaving The View, will return to the Disney Channel to star in a spin-off of That’s So Raven, a show that shot her to fame for her portrayal of the psychic teenager Raven Baxter.

The new series, still untitled, will feature Raven as a divorced mother of two children, one of whom has inherited her psychic abilities.

“Raven’s brilliant style of fearless comedy was a driving force for Disney Channel’s success around the world,” Disney Channel’s Worldwide executive vice president Adam Bonnett said. “Her performance in That’s So Raven is timeless. We now have our eyes on the future with her, and we’re looking forward to telling more stories for a new generation with an adult Raven Baxter raising her young family.”

Raven became the first African-American woman to have her name in a comedy series title with That’s So Raven, which was Disney Channel’s first original multi-camera show.

Raven will executive produce the series, with Scott Thomas and Jed Elinoff working on development. 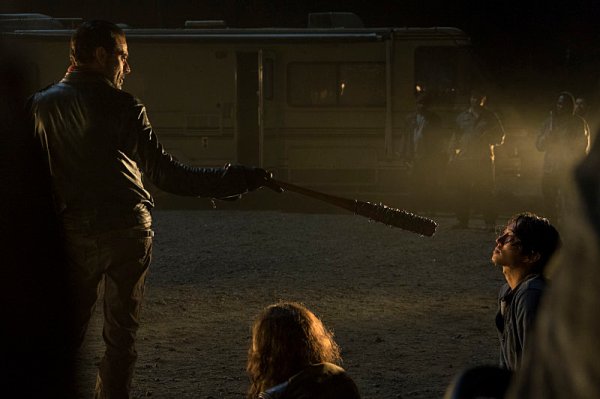 Newspaper Obituary Demands Justice for The Walking Dead's Glenn
Next Up: Editor's Pick