6 Other Businessmen Who Became President of the United States

With his victory in this week’s U.S. presidential election, real-estate mogul Donald Trump is in line to become the latest U.S. president to bring business credentials to the White House. Here are other 20th century presidents who have been business executives — both successful and unsuccessful — before moving into the Executive Branch.

Surprisingly, four presidents who had successful business careers — Hoover, both Bushes and Carter — “had the four worst records in terms of gross domestic product performance,” Robert S. McElvaine, history professor at Milsaps College in Jackson, Miss., has argued in the Washington Post “The only president since Hoover with business experience under whom the economy did well was the one who was unsuccessful in business: Harry Truman, whose haberdashery shop went bankrupt after two years.”

If history tells us anything, then Trump will have a lot of work to do.

In 1884, the Ohio native raised $300 to purchase the Marion Star. He turned the weekly paper into a daily, and then started another weekly version of with a staunchly Republican bent. In total, Harding spent 39 years in the newspaper business.

The Stanford geology major worked as a mining engineer and opened his own mining consulting business. The Republican’s fortune came from owning Burmese silver mines and publishing a leading textbook on mining engineering.

In 1916, he invested in a lead and zinc mine in Commerce, Okla., “hoping to cash in on a rise in metal prices caused by the war,” a PBS American Experience doc notes. He also invested in oil wells in the state. And from 1919 to 1922, the Democrat and Missouri native sold men’s clothing in Kansas City. None of the businesses were successful.

The Democrat took over his parents’ 2,500-acre peanut farm after his father died in 1954. After a drought rendered the crop useless, TIME reported in 1971, Carter “stepped up” his father’s “practice of buying local farmers‘ peanuts, then selling in bulk to the big processors,” which led Carter Warehouse to gross $800,000 annually by 1971, up from a mere $184 when Carter started.

The Republican got into the oil business as a salesperson for Dresser Industries and then co-founded Bush-Overbey Oil Development Co. and Zapata Petroleum Corp. in the 1950, and made about a million dollars selling his holdings in 1966, as TIME and LIFE reported back then.

Following in his father’s footsteps, he worked as a “landman,” searching mineral-rights titles in county courthouses around West Texas and then seeing if the owners would lease those rights to oil companies. He founded the oil company Arbusto in 1977 (Spanish for Bush) and merged it with the oil-drilling firm Spectrum in 1984. He bought the Texas Rangers with a group in 1989 and led the campaign to build the baseball team a new stadium, which increased the value of his holdings so much that when “his group sold the Rangers in 1998, Bush’s initial $500,000 investment paid him almost $15 million,” TIME reported in its June 21, 1999, cover story, when he was the GOP frontrunner in 2000 presidential race.

“He had finally followed his dad’s rule,” the magazine observed. “Provide for your family before stepping into politics.” 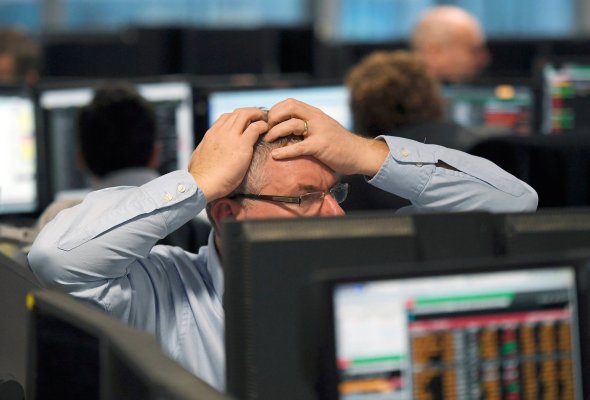 Donald Trump, the Markets and Economic Growth—What to Expect
Next Up: Editor's Pick