How Warm Winters in the Arctic Make Colder Ones for You

A snowplow clears a city street during a very heavy snowfall.
shaunl—Getty Images
By Justin Worland

The study, published in the journal Nature Climate Change, shows that the Arctic polar vortex—a large pressure system—has been shifting away from North America toward Europe over the past several decades. That in turn has allowed cold temperatures to seep downwards, making for frigid winters in North America and the United Kingdom while the Arctic experiences unprecedented warmth.

“Climate change can lead to extremes; it’s not like a regular change, everyone to the same extent at all times and places,” study author Martyn Chipperfield, an atmospheric chemistry professor at the University of Leeds, told ClimateWire. “Despite the overall warming, you can get in places like the Northeastern U.S. extreme cold events.”’

The shift in the polar vortex, which has occurred over the last three decades, is a result of a complex set of mechanisms related to global warming, according to the research. Melting sea ice, for one, contributes to the shift.

The continued movement of the polar vortex could make for colder winters in the northern part of the United States in coming years even as global warming continues at a rapid pace. (Weather forecasters expect a colder than average winter in the Northeast this year). Temperatures in the Arctic hit as high as 16°C (29°F) above average last winter.

Scientists called attention to the effects of Arctic warming on weather patterns in highly populated areas in North America and Europe in a perspectives article this week in Nature Climate Change. “Understanding and ultimately anticipating the role of rapid Arctic warming on changing mid-latitude weather patterns is a grand scientific challenge,” the scientists said. “The potential societal and economic benefits are enormous.” 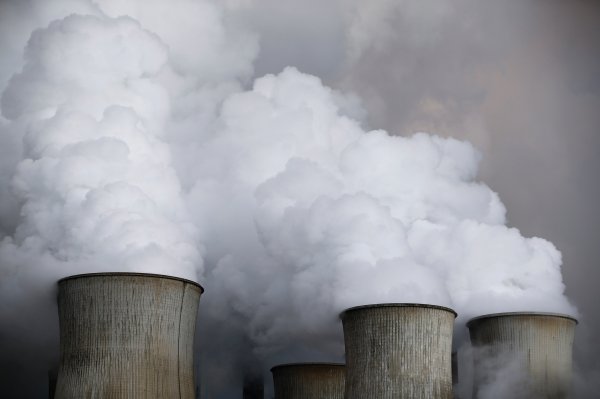 The World Just Passed a Dangerous Climate Change Milestone
Next Up: Editor's Pick