Apple is killing the function keys.

The company on Thursday unveiled a new version of the MacBook Pro with a thin touch display that sits above the keyboard. This screen, called the Touch Bar, will offer different “keys” depending on the app that’s being used, effectively eliminating the need for a row of function keys, or F-keys.

This new 13-inch MacBook Pro will start at $1,799, while the 15-inch version will start at $2,399. Both are available for preorder starting immediately, and will begin shipping in the next two to three weeks.

By default, the Touch Bar will display the array of controls Mac owners are used to seeing on their keyboards, like playback and brightness controls. But those options will change depending on the current software being used. When browsing through your email inbox, for example, the Touch Bar will show buttons for flagging emails or replying to messages. It can also show suggestions as you type, similar to how the iPhone keyboard behaves.

That same Touch Bar will display commands for answering or declining a caller when receiving an incoming FaceTime call. Shortcuts like these will pop up on the Touch Bar while using Apple’s array of apps like Photos, Safari, Maps, and GarageBand, among others. MacBook Pro owners will be able to customize the Touch Bar by dragging and dropping options down from the screen to the touch strip.

Apple is promoting the Touch Bar as an especially useful tool for photo and video editing. As shown in a demonstration on stage, the Touch Bar will show different shortcuts and editing options depending on the specific task. This can range from changing the size of a brush in Photoshop to displaying a timeline for a project in Final Cut Pro. Microsoft is also updating its suite of Office apps to be compatible with the Touch Bar.

Apple is also bringing Touch ID to the Mac, making it possible to log in to your computer by resting your finger on the sensor. If multiple users have accounts on the same MacBook Pro, they can use their fingerprint to quickly swap between logins.

The company says this is the thinnest and lightest MacBook Pro it has ever made. The Force Touch trackpad on the new MacBook Pro is also twice as large as that of the previous generation MacBook Pro. The same second-generation butterfly mechanism keyboard from the 12-inch MacBook is making its way to the new Pro in the upcoming model.

The new MacBook Pro’s display is also 67% brighter and shows 25% more color than Apple’s previous generation Pro laptop. Performance is getting an all-around boost on both models, and both notebooks deliver all day battery life and come with improved speakers.

Apple is also releasing a new MacBook Pro that won’t include the Touch Bar starting at $1,499. This model, launching immediately, is aimed at those who would typically be interested in the MacBook Air.

Here’s a closer look at the specifications for each model of the new MacBook Pro:

Apple is also offering its 12-inch MacBook, with no Touch Bar, starting at $1,299. The 13-inch MacBook Air, which has not been recently updated, is still on sale for $999 and up. 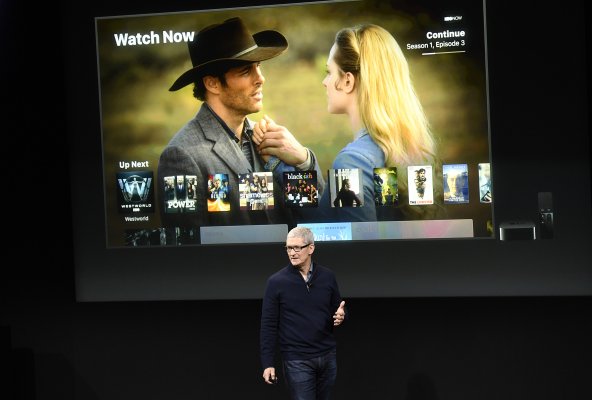 Here's Everything New Coming to the Apple TV
Next Up: Editor's Pick