Read Donald Trump's Remarks at the Opening of his Hotel in Washington, D.C.

Republican presidential nominee Donald Trump stepped away from the campaign trail to open a hotel in Washington, D.C., but politics wasn’t too far away.

In a speech at the opening of his new hotel on Pennsylvania Avenue, Trump linked its success to his presidential ambitions directly,

“Today is a metaphor for what we can accomplish for this country,” he said. 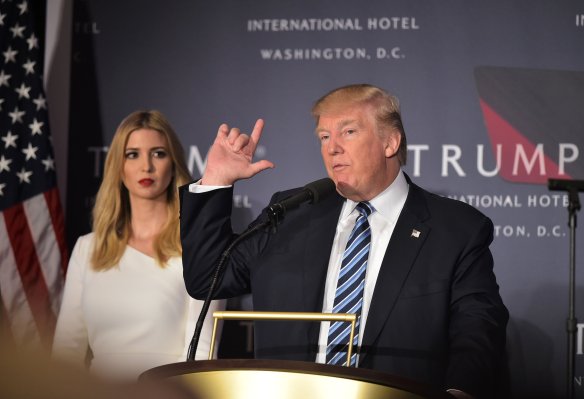 Trump Argues D.C. Hotel Is Metaphor for Campaign
Next Up: Editor's Pick