A New Pew Study Examines the Structure of Immigrant Families

Mexican immigrant Nieves Ojendiz holds her 4-year old daughter Jane as she attends an immigration reform rally in New York City, on June 28, 2016.
Drew Angerer—Getty Images
Ideas
By Belinda Luscombe
Luscombe is an editor-at-large at TIME and the author of Marriageology: The Art and Science of Staying Together.

One of the reasons for the changing makeup of the U.S. population is that immigrant moms are having more kids and fewer kids are being born to American-born women. This is one of those facts that gets passed around a lot that also happens to be true. Three times as many kids were born to immigrant moms in 2014 (the last year for which figures are available) as in 1970. In that same period, the number of kids delivered by American-born moms has dropped 11%.

The new figures were published by Pew Research, which analyzed data from the National Center for Health Statistics and the American Community Survey. Much of the report confirms family formation trends that have been underway for several years and have changed much about America’s demographics. But beneath the numbers is a more complicated story. Women who weren’t born in the U.S. but have their kids here are not one size fits all, and public policy needs to reflect that.

Fewer immigrant moms are having kids before they’re married, for example, while the number of American-born women who are becoming single moms is rising. In all, 42% of babies born to American women in 2014 had dads who were not married to their moms, a family structure shared by only 33% of babies born to immigrant moms. Kids raised by single moms are much more likely to live in poverty than those raised by married parents, and to never climb far up the economic ladder.

Pew’s researchers unearthed several other interesting differences between moms who were born in the U.S. and those who weren’t, many of which challenge the stereotype of the immigrant family. Here are some statistics about immigrant families that the Pew report addresses:

FOREIGN-BORN MOMS HAVE MORE KIDS. This has been true for a while, even though all women are having fewer kids than they did in the 70s. In 2014, immigrant women between the ages of 15 and 44 had 44% more kids than American born women of the same age. Of course, many more kids are born to American moms in total, because there are many more American moms out there. But on average, immigrant families bear more children.

FOREIGN-BORN MOMS HAVE THEIR KIDS AT OLDER AGES. An American-born mom is more likely to be a teenager than a foreign mom. Teen pregnancies have been dropping across the board in recent years, and just 6% of new moms were teenagers in 2014. But only 2% of foreign-born moms were that young. In fact, foreign-born moms are much likelier to be older than 35 when they have their kids. American-born moms don’t wait as long; they’re only half as likely to be that age.

FOREIGN-BORN MOTHERS HAVE VARYING LEVELS OF EDUCATION. While mothers who were born overseas are more likely to lack a high school diploma than U.S. born moms, they are only slightly less likely to have graduated college. “Some 29% of foreign-born new mothers have earned at least a bachelor’s degree, as have 31% of U.S.-born new mothers,” says the study. A full 87% of Indian women who had kids in the U.S. between 2011 and 2014 have college degrees, the highest of any ethnicity, followed by Chinese (60%), Vietnamese (52%) and Filipino moms (33%).

MOST BABIES BORN TO FOREIGN-BORN MOMS ARE MEXICAN. Of all the kids born in the U.S. in 2014, 7% of them had Mexican moms. That’s 32% of all immigrant babies, which is actually a drop from prior years (in 2005 it was 45%), because Mexican moms still outnumber their immigrant counterparts by far. “Births to Mexican-born women in 2014” says the study, “outnumbered all births to women from Asia, Europe, North America and Oceania combined.”

In other words, just like American-born Americans, foreign-born moms and their kids have vastly different needs. 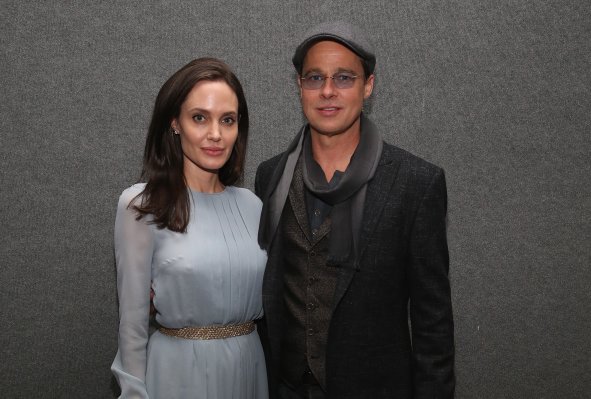 Brad Pitt and Angelina Jolie Agree to Counseling and Visitation as Part of Temporary Plan: Report
Next Up: Editor's Pick