“At least you caught it early.”

If you have ever had cancer and lucked into surviving, as I did, you will hear this phrase almost daily. It’s well-meaning, it’s comforting and it makes everything seem OK. That is, if you’re the person saying it.

If you’re the person hearing it, a 30-year-old woman with no family history and no genetic mutation who is harboring the mother of all tumors in your left breast, it’s confounding, frustrating and debilitating.

The truth was, they hadn’t caught it early. I had somewhat effortlessly managed to smuggle an eight centimeter tumor in a size A breast past two ultrasound technicians. This article of contraband continued to sneak its way past three different gynecologists during cursory checkups. How had I become so skilled at hiding this tumor? It’s because every check up sounded like this:

“How old are you?

“Do you have any family history of breast cancer?”

Over and over. For five years. Until the secret my body was keeping became too much for it to bear. A tiny drop of blood coming from my nipple is what finally tipped everyone off, not the machines designed to see inside me. Within a day I was being biopsied and the next day, I had cancer. Or at least I finally knew I had cancer.

The color red became a theme as the days went on. My MRI resembled a meteorologist’s map, with an enormous red, splotchy swirl moving into my tissue like a hurricane. I was dumbstruck at its sheer size. How had we missed it? I asked this very question to my surgeon. He stated, matter of factly: “They missed it because they weren’t looking for it”

I learned from this experience of having undetected cancer that I was the one that had to look for it first. I knew something was wrong with my body. I felt something very hard in my left breast that was not present in the right one. But as much as the doctors brushed it off as nothing, I also found myself ignoring my gut. Who wants to look for cancer when the doctors say you’re fine?

The fear of a terrible outcome prevented me from seeking the truth with the unrelenting fervor that I didn’t know I would need to possess. I couldn’t have known that being your own fiercest advocate while detecting cancer would only be the tip of the iceberg once you actually get diagnosed. Every decision from that point on required such an astute knowledge of what was best for me and my own personal circumstances — from deciding between a single or double mastectomy to undergoing fertility treatments before chemo to plan the family I wasn’t even prepared to have. I realized the best time to exercise those “what’s best for me” muscles was before there’s a problem.

That’s why I would love to change the vocabulary around self-examinations and screenings. I hear woman talk about their “cancer scare” whenever an extra mammogram or biopsy is ordered. It brings to mind the boogey man hiding behind every ultrasound machine. This language creates a fear around early detection, limiting a woman’s power to discover what’s going on in her body. In truth, a “cancer scare” could also be referred to as a “clean scan.” Not finding cancer is a good outcome. Diligently seeking health and wellbeing shouldn’t be painted as a terrifying journey. Don’t be afraid to listen to that little voice when you feel that there’s something wrong with your body. You know it better than anyone else.

The truth is, there is no “early” that feels early enough. Any stage of cancer can, and likely will, alter your life completely. Maybe not permanently in all ways, but in many. I am learning my “new normal” every day. And becoming cancer-free was not an easy journey. But discovering what was actually happening in my body was my first step to freedom, not the worst day of my life. Your health doesn’t have to be shrouded in mystery. Shine the light on the areas you fear and you may learn you’re the hero of your story.

Krysta Rodriguez is a Broadway actress who recently starred on NBC’s Smash. She will also star on the upcoming show Trial and Error on NBC. 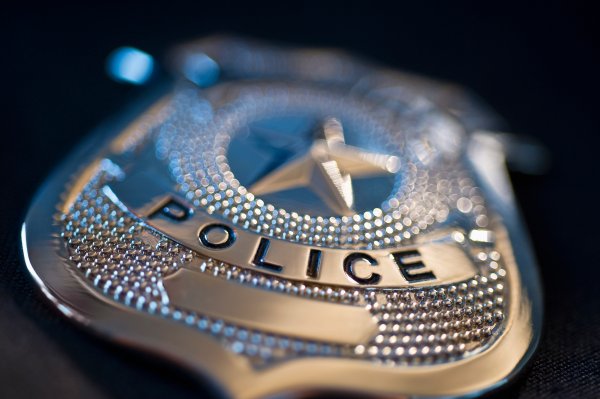