A University of Wisconsin student who is accused of stalking and sexually assaulting dozens of women had at least one journal in his apartment that contained “names of potential victims,” authorities said.

Alec Cook, 20, was first arrested after an attack on Oct. 12, but dozens of women who had previously been silent came forward to say he sexually assaulted them at school and inside his off-campus Madison apartment after his mugshot began to circulate on social media, police said.

“That generated and has been generating additional responses from other women,” Joel DeSpain, spokesman for City of Madison Police Department, told TIME. “We quickly started to have our phones ring with more women calling.”

Madison police say they have built four solid cases of sexual assault against Cook and are investigating multiple other complaints. The accusers in the four cases say the attacks took place from 2015 up until this month.

The UW-Madison Police Department, which handles incidents that take place on its campus, said it has referred 15 counts of sexual assault to the local district attorney’s office from one case. Authorities said a female student has claimed that Cook touched her inappropriately at least 15 different times while the two were taking a ballroom dance class together this year.

Detectives believe Cook could be responsible for more unreported attacks after they obtained a search warrant and found a journal containing “names of potential victims” in his apartment, which is a couple of blocks away from UW’s campus.

The journal contained a series of women’s names and detailed how he met each woman and what he liked about them, according to WKOW, which cited a police detective’s affidavit. Some entries described what he wanted to do with each woman, the news outlet reported. “Disturbingly enough there were statements of ‘kill’ and statements of ‘sexual desires,’” the affidavit said.

Cook is expected to be charged on Thursday with 30 criminal counts—including felony sexual assault, false imprisonment, and strangulation—in connection to the alleged sexual assaults of four women, according to the Wisconsin State Journal. He turned himself in after the first allegation and has since been banned from campus.

Chris Van Wagner, a lawyer for Cook, urged people not to rush to conclusions. “Once we have the charges, we will review and respond appropriately,” he said in a statement to TIME. “For now, we ask people to keep in mind that while many words may have been spoken, published, shared, and posted, no facts have yet been proven. On behalf of Alec, we will have plenty to say, at the proper time and in the proper forum. But keep in mind that not everything you hear is true, and that in the past few years, several grave accusations in similar cases were later proven groundless.”

Cook’s first accuser, an unidentified 20-year-old student, had told police that Cook attacked her at his home. The second woman to accuse Cook of assault told police she was inspired by the courage of the first victim. “I saw the news story and was empowered by another girl being able to tell what happened to her, that I thought I could now finally tell,” she said, according to a Madison police incident report.

The string of accusations prompted Dean of Students Lori Berquam to issue a statement Friday, decrying sexual violence. “This is a serious case and the university is responding,” Berquam said. 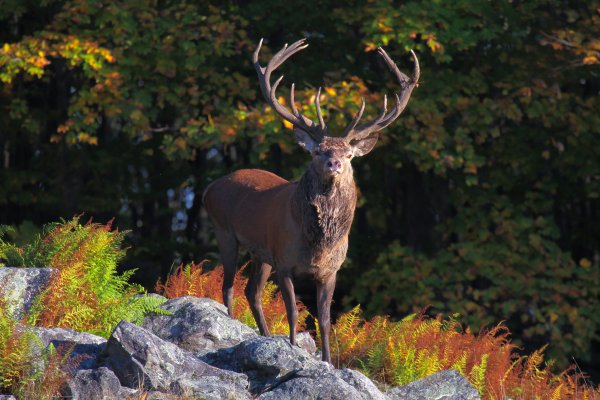 First Elk Spotted in South Carolina Since 1700s
Next Up: Editor's Pick