7 Ideas From Other Countries That Could Improve U.S. Elections

Americans are unhappy with this year’s presidential election. Apart from being dissatisfied with the two major-party nominees, many are now concerned about voter fraud, convinced that Donald Trump won’t concede if he loses and just generally stressed about the whole thing.

Is there a better way? There are more than 100 democracies in the world, so maybe a few of them have some tips on how the United States might improve its elections next time around.

Here’s a look at seven ideas to improve voting from around the world.

1. Allow people to register to vote on Election Day

Registering to vote in the United States can be pretty confusing. Each state makes its own rules, which means that there’s no uniform deadline to register. The rules aren’t even consistently worded Alaska requires your registration be received 30 days before the election, while Georgia requires your application be postmarked by the fifth Monday prior to the vote.

In Canada, there’s no deadline. Citizens are allowed to register when they arrive at the polls on Election Day. That helped the country achieve a 68.5% turnout in its 2015 federal elections, compared to around 57% in the U.S. in 2012.

Thirteen states, including the battleground states of Iowa, Colorado and New Hampshire, allow same-day voter registration, but more states could join the list.

Another way to boost voter registration: Make the government do it, instead of the voter. In France, citizens are automatically registered to vote when they turn 18. In Sweden, eligible voters are registered via tax registration rolls.

This year, Oregon became the first state to use automatic voter registration, a simple, cost-effective method in which eligible citizens are automatically enrolled as voters when they request or renew their driver’s licenses. In May, The Nation reported that Oregon registered an average of 12,889 new voters each month, three times higher than the average of 4,163 monthly registrants in 2012, when the last election took place.

“Oregon’s system is truly groundbreaking—and it offers a clear path forward for states looking to make their elections more accessible and convenient for voters,” Jonathan Brater of the Brennan Center told The Nation. “It costs less, increases the accuracy and security of our voter rolls, and curbs the potential for fraud.”

Singer Sheryl Crow made headlines Wednesday for calling for a shorter presidential election cycle, after what she described as an “extremely damaging” 2016 campaign.

The 2016 election will have lasted nearly 600 days by the time polls close on Nov. 8. By comparison, Canada had its longest campaign season in recent history last year, and it lasted just 11 weeks. In Japan, elections last just 12 days.

“Countries across the globe have limited campaign seasons to as short as 6 weeks. With an organized system, a successful, informative, professional campaign could be run,” Crow wrote in the Change.com petition, which had about 33,000 signatures as of Tuesday morning. “We cannot sustain another lengthy slugfest like what we have witnessed for the past two years and ask both the DNC and RNC to reform the process and shorten our election season.”

4. Allow people to vote for ‘None of the Above’

A variety of countries including India, Greece, Ukraine and Colombia have a “None of the Above” option on their ballots, which allows voters to indicate disapproval of all of the candidates in a voting system without staying home and sitting the election out.

In the U.S., only the state of Nevada has this option (known as None of These Candidates).

5. Let people rank the candidates instead of picking one

Many voters who don’t like the major-party nominees worry that voting for a third-party candidate will mean “throwing away” their vote. But Australia, India and Ireland avoid this problem by allowing voters to rank their choices. If their first choice doesn’t make the cut, then their vote goes to their second pick, until one candidate reaches a majority.

When Maine citizens go to vote this election, they will be given the option to agree to adopt ranked-choice voting when electing their governor, state legislators and members of Congress from now on. A poll commissioned by the Portland Press Herald suggested that the measure may be popular enough to pass, too.

More than 22 countries around the world, including Uruguay (which has 96.1% turnout) and Australia (which has 94% turnout), have mandatory voting, where eligible voters are ordinarily subject to penalties including fines or community service if they do not vote in an election.

7. Hold Election Day on the weekend

Since the 19th Century, U.S. elections have been held on a Tuesday in November, a day originally chosen because it would allow farmers to travel on horseback to the polling place.

That’s not the case in countries such as Greece, Australia and Brazil, which hold elections on the weekend. Some argue that a similar move would make it easier for more Americans to get out to vote. 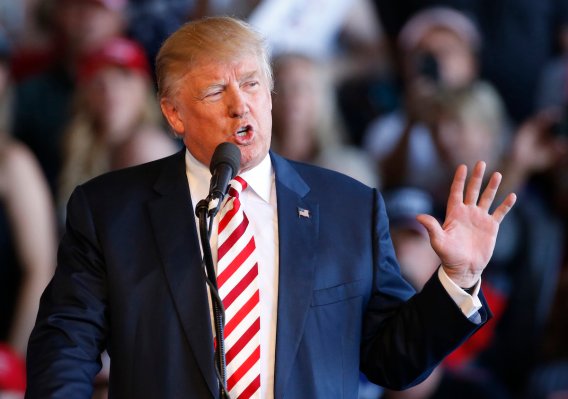 Has an Election Ever Been Rigged in U.S. History?
Next Up: Editor's Pick