Here's Where You're Allowed to Take a Selfie While Voting

It might seem like a natural extension of civic duty to snap a ballot selfie while voting this Election Day and share it on social media. But depending on the state, that might also be illegal.

Laws about taking photos at the ballot box vary by state, and they’re a common source of confusion. Even Justin Timberlake might have broken a state law when he voted early in Tennessee this week and shared a photo asking his followers to do the same.

An analysis by the Associated Press found that the practice was illegal in 18 states and legal in 19 states and the District of Columbia. In others, the rules are less clear. Some states prohibit photos when voting in-person at a polling station but permit photos of absentee ballots.

In states where it’s illegal, it’s sometimes because of a general ban on any photos inside a polling station—or within 100 feet of a polling station if you’re in Texas. In other states, it’s illegal because of laws that prohibit voters from showing anyone their completed ballots—including in the form of a selfie on Facebook or Snapchat. Punishment varies by state, but could include a fine or jail time. In Tennessee, for example, violating the law could result in a 30-day jail sentence, a fine of up $50 or both.

Proponents of such laws argue that they help to ensure voter privacy, while opponents argue that ballot selfies are part of the political process, another way of exercising political speech.

Here’s how the rules vary by state; contact your local election office for more information. 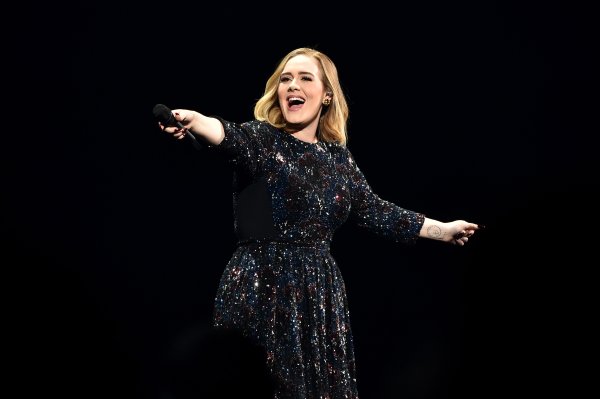 Adele Says She’s ‘100% for Hillary Clinton’
Next Up: Editor's Pick