The Chicago Cubs may have lost to the Cleveland Indians 6-0 in Tuesday’s game one of the 2016 World Series, but their championship run isn’t destined to end now — at least according to one fan’s 23-year-old yearbook quote.

In an image that has gone viral since it was posted on Twitter by user Thomas J. Dale, 1993 Mission Viejo High School senior Michael Lee’s prediction that the Cubbies would go on to achieve their long-awaited victory in this very year can be seen below his class photo. “Chicago Cubs. 2016 World Champions. You heard it here first,” the inscription reads.

And for those with any doubt that the photo is real, check out the video below. 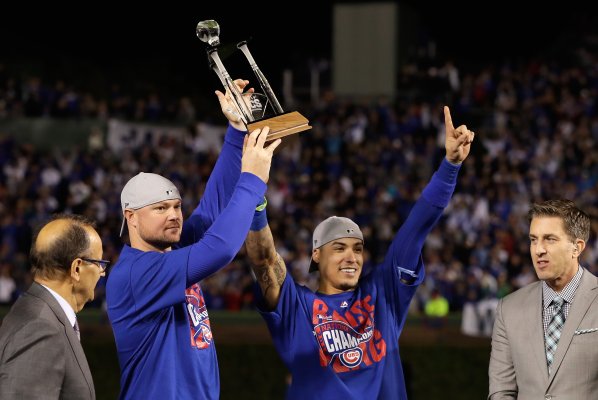 Five Things to Watch in This Year's World Series
Next Up: Editor's Pick