Mexican President Enrique Peña Nieto addresses the General Debate of the 71st Session of the U.N. General Assembly at the U.N. headquarters in New York City on Sept. 20, 2016
Jason Szenes—EPA
By TIME Staff

Mexican President Enrique Peña Nieto told business people and politicians at an event in Mexico City that Presidents did not wake up thinking about how to “screw” their country.

“In this job, my only intention is for Mexico to do well, and I’m sure that’s all the previous Presidents have set out to do, eh?” Peña Nieto told his audience, according to Reuters.

“I don’t think Presidents get up, nor have they got up thinking, and forgive me for saying it, how to screw Mexico,” he added, using the Spanish vulgarity joder.

Tuesday’s statement came partway through a speech in which Peña Nieto called for optimism on Mexico, even if people did not support his government, Reuters reports.

With just over two years of his term remaining, Peña Nieto has seen his popularity plummet amid corruption scandals, security-force abuses and his snap decision to invite U.S. Republican presidential candidate Donald Trump to Mexico in August.

Trump has repeatedly disparaged Mexican immigrants, vowed to make Mexico pay for his border wall, and threatened to deport millions of illegal immigrants — the decision to grant him an audience was criticized by Peña Nieto’s supporters and opponents alike. 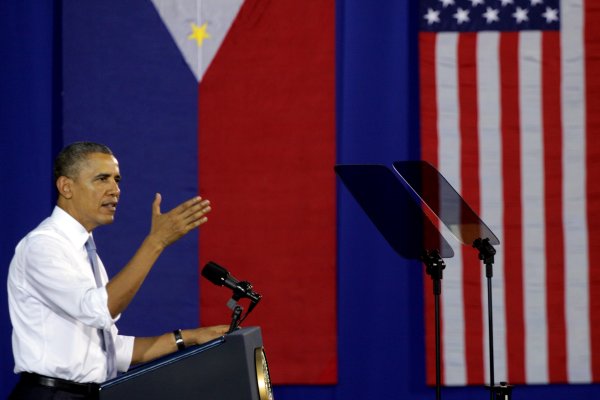 A Brief History of U.S.-Philippine Relations
Next Up: Editor's Pick