US author Paul Beatty poses for a photograph at a photocall in London on October 24, 2016, ahead of the announcement of the winner of the 2016 Man Booker Prize for Fiction.
DANIEL LEAL-OLIVAS—AFP/Getty Images
Ideas
By Sarah Begley

Beatty is the first American to win the prize, which was once limited to writers from the Commonwealth, Ireland and Zimbabwe, but since 2013 has been open to any author published in the English language in the U.K. The book satirizes race issues in America, focusing on a man whose woes (among them: the death of his father and gentrification) prompt him to bring back slavery and resegregate the school in his hometown.

“This is a book that nails the reader to the cross with cheerful abandon,” said Amanda Foreman, the chair of the judges. “But while you are being nailed you are being tickled.” 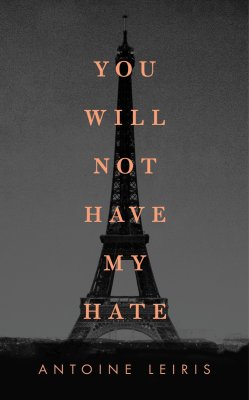 I Lost My Wife in the Paris Attacks. This Is What Came After.
Next Up: Editor's Pick