A visitor tries out an Apple iPhone 7 on the first day of sales of the new phone at the Berlin Apple store on September 16, 2016 in Berlin, Germany.
Sean Gallup-Getty Images
By Reuters / Anya George Tharakan

The world’s most valuable publicly traded company said on Tuesday it sold 45.51 million iPhones in the three months ended Sept. 24, beating the average analysts’ estimate of 44.8 million, according to research firm FactSet StreetAccount.

However, it was the third quarter in a row of falling iPhone sales. Apple sold 48.05 million smartphones in the year-earlier period.

Apple forecast revenue of between $76 billion and $78 billion for the current quarter. Analysts, on average, had expected $75.08 billion, according to Thomson Reuters I/B/E/S.

Revenue in the latest quarter fell 9 percent to $46.85 billion, the third straight decline.

That meant annual revenue fell for the first time since 2001, highlighting the slowdown in the smartphone market as well as intensifying competition, particularly from Chinese rivals.

Analysts had expected revenue of $46.94 billion in the quarter, according to Thomson Reuters I/B/E/S. (Reporting by Anya George Tharakan in Bengaluru; Editing by Ted Kerr) 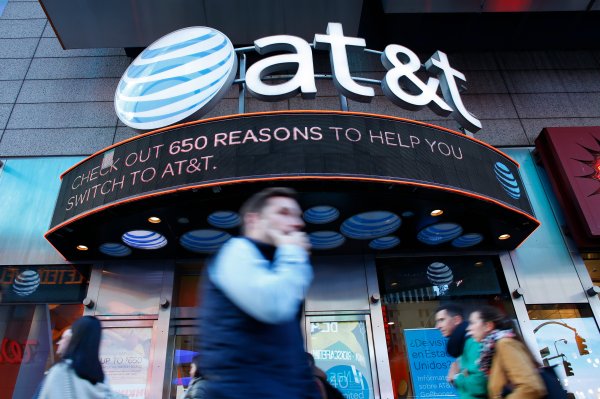 AT&T's Time Warner Deal Is For Shareholders, Not You
Next Up: Editor's Pick