Alec Baldwin is this year's spokesperson for the Adopt-a-Turkey Project from Farm Sanctuary.
Justin Jay/Farm Sanctuary
By Raisa Bruner

Alec Baldwin, the well-regarded Donald Trump impersonator, has other things on his mind post-election: saving turkeys.

“Like most people, I don’t like thinking about things that make me feel bad. But I also don’t like animal suffering, so I feel the need to speak out about it,” the actor and animal rights activist explained in a statement about his newest cause. “At least 46 million turkeys suffer heartbreaking fear and pain before being killed each and every Thanksgiving. This year, I’m supporting Farm Sanctuary’s Adopt a Turkey Project because turkeys are just as friendly, smart, and full of feeling as my dogs, and they deserve to be treated better. I hope you’ll join me by sponsoring.”

The Adopt a Turkey Project, now in its thirtieth year of operation, asks for $30 donations to support the life of a turkey this season. The lucky turkey then gets to live out its days in ease at one of Farm Sanctuary’s three shelters in New York and California. (Plus, adopters get an official certificate with “a color photo and fun details about their new friend,” giving the sponsorship a personal touch).

Every year, as Baldwin mentioned, Americans consume an unprecedented amount of the poultry during loaded-table Thanksgiving feasts, ostensibly in emulation of the traditional holiday. Of course, one always gets saved. But for those struggling with a vegetarian-leaning conscience, Baldwin’s suggestion might nicely offset the holiday’s ingrained gluttony. 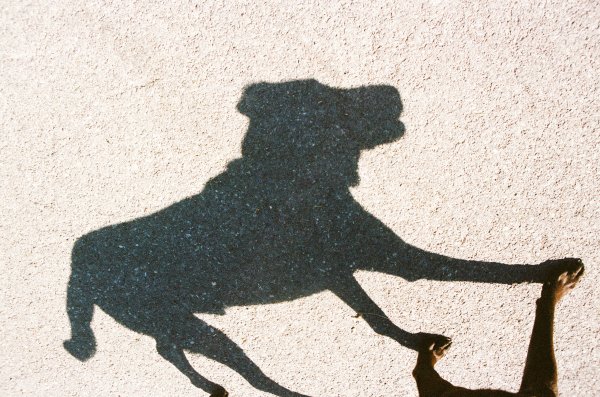 Dog Kills 4-Year-Old Girl in Michigan
Next Up: Editor's Pick