The Scariest Part of Halloween May Have Always Been the Candy

As a kid, like most kids, I measured the quality of a Halloween by the size of my trick-or-treating haul. The more candy in my little plastic pumpkin bucket at the end of the night, the better. This single-minded focus appears to be a pretty common one in the United States: the National Retail Federation expects consumers to spend some $2.5 billion on candy to give to give out to little ghosts and ghouls this All Hallows Eve.

For those who keep up with recent trends in public health, this record spending on sweets is truly frightening. The past three years have seen the publication of numerous studies arguing that the sugar is linked directly to rising rates of obesity, heart disease and diabetes; that the health effects of added sweeteners are so bad that these commodities should be regulated just like alcohol and tobacco; and, to put it bluntly, that sugar is toxic.

But for those who study history, this spending on sweets is even more terrifying, particularly given how long these potentially harmful effects of sugar have actually been known.

By the 1950s and 1960s, the rates of cardiovascular disease in the United States had reached almost epidemic proportions and the medical establishment was in a flurry to understand why. In the early 1970s, a nutrition scientist named Ancel Keys published his now famous “Seven Countries Study” that connected saturated fats with the disease. The rest is well known history — the government suggested consumers reduce fat consumption, eaters complied and sales of low-fat foods exploded.

But not every researcher was convinced that saturated fat was in fact to blame. While Keys’ study was still underway, laboratory evidence was beginning to point to a wholly different culprit behind the public health crisis: added sugar.

This divergent research was championed by a British nutrition scientist named John Yudkin who repeatedly found that when “rodents, chickens, rabbits, pigs, and students were fed sugar and carbohydrates… they showed raised blood levels” of fats, a precursor of heart disease, as the Telegraph later summarized the research. He laid out all of the terrible implications of his dietary research in a 1972 book entitled Pure, White and Deadly. In it, he proclaims that “if only a small fraction of what we know about the effect of sugar were to be revealed in relation to any other material used as a food additive, that material would promptly be banned.”

This was clearly scary stuff, but almost no one heard about it.

The sugar industry has long been a powerful one in the United States. At the end of the Civil War, for example, sugar factories were the largest manufacturing employer in the North and provided one sixth of the federal government’s entire tax income. The industry gained an even greater boost with the passage of the 1934 Sugar Act, which labeled its product a “staple commodity,” alongside goods like wheat, cotton, pork and milk, and resulted in heavy government subsidies.

Demand for sweeteners rose with each decade as the 20th century continued, but really took off when the eating public started to fear fat, as low-fat products often contained more sugar to make them palatable. When Yudkin’s research was published in the 1970s, sugar supporters were not enthused, for obvious reasons.

In the 1960s, the industry had already started paying for research that produced studies that disavowed any connection between sugar and cardiovascular disease—a connection that was uncovered earlier this year. By the time Yudkin came around, an industry group was also running an influential series of advertisements lambasting any possible health criticisms of their product. (“If sugar is so fattening, how come so many kids so thin?” one ad asked.) In fact, in the 1970s, the sugar industry was so skilled at shaping the national nutrition discourse it won a prominent public relations award for “forging public opinion” on their products. When sugar advocates’ attentions turned to Yudkin’s research, which one group called, among other things, works of “science fiction”—as a Guardian exploration of the subject explains—the mild-mannered scientist didn’t stand a chance.

To make matters worse for the public health researcher, Ancel Keys made a point of discrediting Yudkin, claiming his findings were “a mountain of nonsense” and insinuating that the scientist was working with the meat and dairy industries. The combined attacks proved too much for Yudkin and his reputation. The English scientist was uninvited from public health conferences, his papers were left unpublished and even his own university in London banned him from using their research facilities.

Although some groups still argue for sugar as a valuable and affordable food item, more recent scientific evidence indicates that Keys was wrong and Yudkin was right, almost half a century after their work came to light. In fact, pushing American eaters away from fat and towards sugar may have worsened the very public health crisis this research was meant to cure.

Whether or not these skewed dietary recommendations are the result of what people are now calling the “Sugar Conspiracy,” it’s clear that candy really is an appropriate item for Halloween: its history is downright scary. 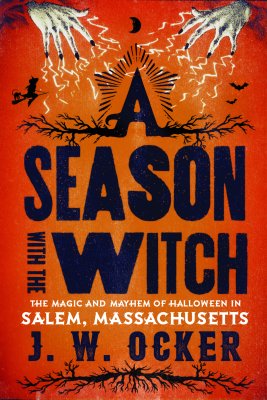 The Meaning of the Word 'Witch' Has Changed. That's Complicated for Salem
Next Up: Editor's Pick