Evan McMullin hopes the future of conservatism lies in the peaks and valleys of the Rocky Mountains.

The independent presidential candidate left his job as a Republican policy director in the U.S. House of Representatives in August to counter Donald Trump’s vision for the party. His bid for the White House includes a longshot attempt to keep both Trump and Democratic nominee Hillary Clinton from reaching a majority in the Electoral College, sending the election to the House, where he thinks he’d have a fighting chance.

The scenario—which has only become even more unlikely as Clinton has risen in the polls in recent days—hinges on his home state of Utah, where he is increasingly competitive, as well as nearby Idaho and Wyoming. Though McMullin, who is Mormon, is winning support from Latter-day Saints in Utah, he credits his success to a broader role of faith, including that of evangelicals and Catholics, in the region.

“These are people of faith who believe in the Constitution, and that the Constitution should be honored,” McMullin, 40, told TIME. “They are also people who care about their fellow man and woman and who treat others with respect.”

Recent polls in Utah show McMullin has a shot at being the first third-party candidate to win a state since George Wallace in 1968. An Emerson College poll found him leading Trump by four points, 31% to 27%, while Clinton trailed them both at 24%.

With the largest Mormon population in the country, Utah has also been one of the red states most resistant to Trump. The state supported Texas Senator Ted Cruz in the Republican primary. In early October, LDS church-owned newspaper the Deseret News called for Trump to resign his candidacy. McMullin attributes his support there to more than religious influences.

“Faith is such a personal thing that it is hard for me to speak in a uniform way about the way people’s faith in the Mountain West has impacted the way they look at this presidential race,” he says. “We are focused on the Mountain West because these are the voters who rejected Hillary Clinton and Donald Trump by the largest margin, if it had happened in some other region, that’s where we would be, we wouldn’t spend so much time here.”

McMullin’s campaign is being run on a shoestring. His campaign had less than $5,000 cash on hand, according to the most recent federal filing, and he does not expect a big slew of endorsements. McMullin has also had no communication with the Republican National Committee or its chairman Reince Preibus.

“When I launched this campaign, I stepped away from the Republican Party in a way where I burned a lot of bridges, I’m being very critical of the party, I’m challenging the party’s nominee,” he says. “But I am not looking for validation for this effort from people who allowed Donald Trump and Hillary Clinton to be nominated.”

Regardless of the outcome on November 8, McMullin hopes his candidacy sets a new foundation for conservatism in America. He wants to see conservatives be inclusive, “open to people of all races and religions and people of both genders,” appealing to women, minorities, and millennials as it outlined its post-election report in 2012.

Still, McMullin is skeptical that the Republican Party can recover, arguing that Trump only exacerbated existing problems.

“It is attitude, it is tone, it is message, but on a much deeper level, it is just about fully embracing the truth that all men and women are created equal,” he said. “If the party can’t recommit itself to these … we will have to go elsewhere, we will not be able to be part of a party that has become a populist, white nationalist political organization, we just can’t be a part of that, it runs counter to everything we believe.” 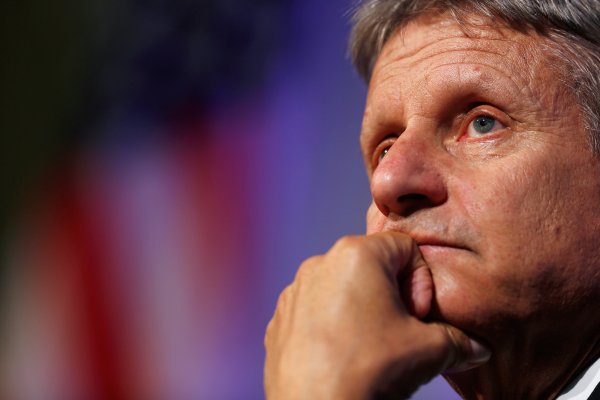 Third Parties Faded to the Background in a Shocking Election
Next Up: Editor's Pick