How Under-Confidence Hurts the Economy

Ideas
By Peter Atwater
Atwater is the author of Moods and Markets and president of Financial Insyghts.

Thirty percent of Americans are very fearful that they will lose their job in the next six months. That is the finding of a recent Marketplace-Edison Research Poll. Over the past 12 months, despite a drop in new jobless claims to a 43-year low, Americans’ anxiety over their personal economic situation has increased sharply. Today, more Americans are afraid of being unemployed than were jobless at the darkest moments of the Great Depression.

Many economists will be quick to discount consumer anxious feelings, suggesting workers are being irrational. But behind Americans’ economic stress today are rich narratives that rationalize the fear. Grounded in negative perceptions encompassing age, experience, skill set, geography and many other factors, workers have woven together many reasons to be afraid.

Much like we create stories that underestimate risk when we are overconfident, today Americans are doing the reverse. Thanks to under-confidence, Main Street is more fearful than many objective measures, such as the unemployment rate, suggest it should be.

While economists often focus on the consequences of rising anxiety on measures like automobile sales and consumer spending, the impact of financial under-confidence goes well beyond how we act at the mall.

When we are under-confident, self-interest and near-term time frames dominate our behavior. Our perceptions, decisions and actions become very “me, here, now.” Even more, as confidence is a cognitive condition, when we are under-confident, we routinely struggle with abstract thinking. As the two major perceptions naturally accompanying under-confidence—uncertainty and a lack of control—consume enormous cognitive energy, we don’t have the mental bandwidth for complexity.

So it stands to reason that the under-confidence of “me, here, now, simple” could accompany—or catalyze—xenophobic, prejudiced and isolationist tendencies. Zero-sum thinking—in which we see opportunity as finite and something others seemed to have somehow gained at our expense—naturally arises as our confidence falls.

Looking across the American political and social landscape today, it is easy to see many ways under-confidence is having an impact. The Donald Trump campaign has been driven largely by it, while the Hillary Clinton campaign has argued against it. At its core, the 2016 presidential campaign has become a referendum on “me, here, now” versus “us, everywhere, forever” thinking.

Under-confidence is not only fueling division; it’s also limiting business investment and economic growth. A consumer-driven economy like the U.S. relies heavily on Main Street sentiment. As anxiety has risen over the past year, we’ve seen a slowdown in auto sales and restaurants like Starbucks and KFC have tied declines in sales directly to falling consumer sentiment.

Left unaddressed, the environment is ripe for further deterioration as intensifying “me, here, now” economic, social and political thinking drives us further into despair.

What can we do about it? Undoing under-confidence is slow and tedious work. Building trust out of hopelessness is a game of inches, best done one-on-one through grassroots efforts from within a community. Large, one-size-fits-all federal social and economic programs are an especially bad fit with that approach.

No matter the outcome of the November election, federal policymakers need to come together quickly with their local and state counterparts to develop and facilitate grassroots initiatives in our most under-confident communities aimed at restoring hope. In some communities, these efforts should focus on basic issues of safety and security. In others, programs should target jobs. In still others, fostering local investment. Again, one size won’t fit all.

Policymakers would be wise to look at cities like Detroit where civic, business and religious leaders came together to begin the process of rebuilding the city one block at a time. While national organizations can help provide critical resources, for confidence to be restored, hope and encouragement must come from within an existing community and grow outwards. In a “me, here, now” environment, externally-driven programs raise suspicion and frequently miss the mark, as most government programs are aimed at the symptoms of under-confidence—rising crime, domestic violence, high drug use, weak education etc.—rather than the underlying cause.

Many economists and policymakers will argue that more immediate benefits to our economy will come from targeting incremental federal funding on infrastructure instead. Better roads and bridges will spur economic growth lifting consumer confidence along the way. I disagree. We’ve already seen how limited the benefits of extreme monetary policy actions have been. While great for Wall Street, soaring financial markets have done remarkably little to boost Main Street confidence. It is time to recognize that creating the appearance of prosperity doesn’t foster confidence. Rebuilding trust takes time.

Time, however, is of the essence. Economic anxiety is rising again; and with the banking crisis a recent memory, the American consumer is especially fragile. Fear will spread quickly unless sentiment rebounds. With Americans under-confident, rather than our roads and bridges, it is trust that must be rebuilt. 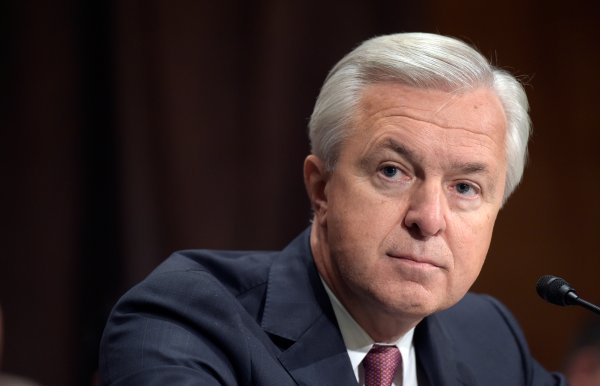 Why the Wells Fargo Scandal Really Matters
Next Up: Editor's Pick