The Meaning of the Word 'Witch' Has Changed. That's Complicated for Salem

Every autumn, the city of Salem, Mass., casts a spell on travelers: in the month of October, the population balloons from 42,000 to a quarter of a million. Author J.W. Ocker counted himself among that group last year as he spent the whole month in downtown Salem to find out what it is about the spooky town that Halloween tourists find so enchanting.

In his new book A Season With the Witch, Ocker explains how “dark magic overtook the dark history” of Salem, “and the fantasy became more prominent than the facts.”

While there’s no explicit connection between Halloween and the Salem Witch Trials of 1692, the two have been linked in the popular imagination, and the city draws tourists from a few different interest sectors, Ocker tells TIME: costumed party people, history buffs, horror-genre fans and people interested in Wicca as a religion.

From Oct. 1 through Oct. 31, these groups drive massive tourism to the city. Witch tourism has been going on in Salem for centuries, and the association between Salem and witches was bolstered by mid-20th-century cultural phenoms like The Crucible and Bewitched. But it was only in the early ’80s that the city started hosting official “Haunted Happenings” events, starting at just one weekend and expanding to the entire month of October. Everything from laundromats to police officers’ uniforms bear witchy insignia.

But in Salem, not everything witch-related is a matter of holiday cheer.

Just as several different types of people are drawn to visit Salem, the word “witch” has evolved to carry three different—and often conflicting—definitions in Salem, Ocker says. Someone who uses that word might be referring to an accused witch of 1692, a modern practitioner of pagan traditions or a mere Halloween costume, the type celebrated in the Bewitched statue found in Salem’s downtown.

Each genre of witch brings its own baggage, Ocker says: “The Witches, capital W, religious Witches, they balk a little bit at the Halloween witch, because it’s ugly and it’s a stereotype, and it has all these historical associations with it. Then there are people like the historians who balk at the religious witches, who kind of co-opt the cause of the accused witches by saying that they were almost martyrs for the cause. Then there’s the city trying to make everyone happy.”

The Wiccans Ocker spoke with had mixed feelings about whether the men, women and children killed in the Salem Witch Trials were actually witches. Some said no but believed they could still function as a symbol of persecution. Others said that, while those who were killed were probably not actual witches, there probably were actual witches in Salem, if you took the word to to mean something in the category of the “old wise woman cliché,” as Ocker puts it.

Some Salem natives find the onslaught of visitors to the town annoying; others find it downright offensive. “There are those who think the celebration is a travesty,” Ocker says, “that it’s a capitalization on a tragedy, it should be not done at all, it’s not tasteful.” But nothing is likely to stop the march of witches, warlocks and weird sisters each autumn. As Salem’s mayor told Ocker, “They’re going to come either way, no matter what stand we take, so we have to manage it.” 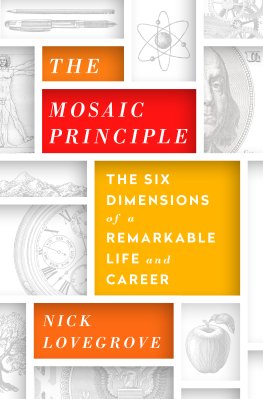 The Danger of Having Too Many Experts
Next Up: Editor's Pick