Joe Biden harshly criticized Donald Trump for not acknowledging that Russian hackers are behind the leaks of Democratic emails.

At a campaign stop for Hillary Clinton at Chatham University in Pittsburgh, the vice president gave a fiery denunciation of the Republican presidential nominee for saying at a recent debate that he did not know who is behind the hacks of the Democratic National Committee and the Clinton campaign.

“When he says—for the world listening—that I know the intelligence agencies don’t know what they’re talking about, what does that say about us?” Biden said. “That plays directly into the hands of Putin, who is using the propaganda at home to suggest that we’re weak, we’ve fallen, we are not together, we don’t know what we’re doing.”

Earlier this month, the Homeland Security Department and the Director of National Intelligence released a joint statement that said the U.S. intelligence community was “confident that the Russian government” was behind the hacks.

At the third presidential debate, Trump said that “our country has no idea” who is behind the hacks, “whether it’s Russia, China or anybody else.” At the first debate, held before the joint statement came out, he argued that it “could be somebody sitting on their bed that weighs 400 pounds.” 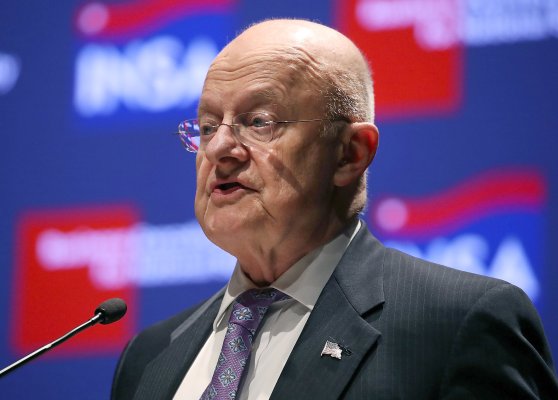