What Women Are Telling their Therapists About Election Stress

This campaign season, news of Hillary Clinton and Donald Trump have been almost entirely unavoidable—and it turns out that’s true inside therapists’ offices, too.

Surveys show most Americans are stressed out about the election. In late October, the American Psychological Association released a survey that found 52% of American adults say the 2016 election is a somewhat significant—or very significant—source of stress in their lives, regardless of whether they’re Republican or Democrat. Another recent ABC News Poll reported that women were more likely than men to report election-related stress: 51% of women reported having stress over the election, while just 39% of men felt the same way.

A recent Washington Post-ABC News tracking poll reported that Hillary Clinton has a 51-to-41 lead among female voters.

And for some of them, that’s affecting what comes up on the proverbial couch.

“The election is coming up every single day,” says Joanna Ford, a licensed counselor in Denver, Colorado. “Once the videotape of Donald Trump and Billy Bush on that bus came out, it had great impact. For women who are not feeling safe to begin with, this can trigger serious feelings of insecurity and fear.”

That’s the case for Lauren Flower-Kim, a 38-year-old mom living in Brooklyn, New York: “I had a nightmare featuring Donald Trump last night,” she says. “All of a sudden the room is dark and he was looming over me. It was frightening and I think I woke up yelling.”

Republican nominee Donald Trump has been criticized throughout the election for making comments that are insulting to many women. A video released in October revealed him talking about “grabbing women by the p-ssy” and saying “you can do anything” to women when you’re famous. He also publicly called Clinton a “nasty woman” during the third debate, and has not apologized for calling a former Miss Universe “Miss Piggy.” He has also said that he will sue the many women who have come forward with claims that Trump sexually assaulted them.

“More than one client of mine has talked of physical nausea that they relate directly to current political happenings,” says Melissa Lester Olson, a psychotherapist based in Atlanta, Georgia. “Women who I have seen for years are only now bringing up physical and sexual trauma from their past. I think this election is re-traumatizing them. Verbal and emotional abuse, physical abuse, sexual abuse, rape, discrimination at home or at work—women experience these things often. There have been many reminders [in this election] of experiences that so many of us have had.”

Tanya Bannister, director of Cognitive Therapy for Women in New York City, says many women in her practice are anxious and agitated about the election, particularly after the debates. “The focus tends to be their anxiety about a possible Donald Trump win, and the sense that that would be catastrophic for them, for their children or for the world.” She says about a quarter of the women she sees have brought up the election in a session.

Monica E. Jackson, a counselor and owner of iWin Counseling based in Houston, Texas, says that some of the negativity around this campaign season has made some people feel like women’s issues—the pay gap, parental leave, reproductive rights—were taking a giant step backward. “In America, women have become trailblazers. We now have the decision of whether we want to be stay-a-home moms, CEOs or both. We have heard things in this election that demean women and negates everything we have worked so hard to not be viewed as.”

To combat stress and anxiety spurred by the election, all of the therapists TIME spoke to recommended cutting back on social media, and keeping time spent mulling over the news to the minimum or scheduled time of day. 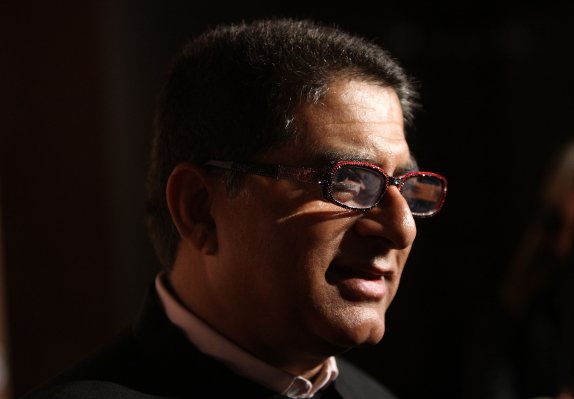