Oil Drilling in the Arctic Could Protect America and the Environment

In April, I cautioned that an American ban on drilling in the Atlantic Ocean would diminish national security. It is deeply unsettling that our federal administration decided to block oil and gas exploration there. But the even more disconcerting news is that a similar situation is now taking shape in Alaska.

The latest indications from Washington D.C. suggest that the White House is considering imposing a similar ban in the Arctic, leaving the Gulf of Mexico as the only available area in the 2017-2022 Outer Continental Shelf Oil and Gas Leasing Program. That decision would effectively mean that the very first opportunity for the energy industry to even explore for oil and gas reserves in the Arctic would be 2023, likely precluding any chance of future development until the mid-2030s or later.

The primary argument cited against Arctic drilling is that the environmental risks of a spill would have a potentially catastrophic impact on the fragile ecology of the far north. But that position ignores an important point: Other countries continue to explore for resources in Arctic waters, regardless of what we do here. Norway in fact opened up new parts of the Barents Sea earlier this summer.

The most effective way to ensure that development of global resources takes places in a safe and responsible manner is through the creation of a robust set of international regulations that lay out exactly how industry must respond in the event of a spill. America can only claim a mandate to shape these regulations if we allow development in our own portion of the Arctic.

Equally important, offshore energy development in the Arctic can bolster our national security in two critical ways. In the short term, by building out the regional infrastructure we badly need. In the long, by securing our energy supply for many decades.

At present, our infrastructure in the Arctic is dangerously limited. Last year, Coast Guard Commandant Paul Zukunft noted that, “In order for us to be relevant, to sustain mission effectiveness in the Arctic, I cannot make the claim that I am semper paratus [always ready] with the fleet I have at my disposal today.”

The United States only has one heavy icebreaker capable of accessing the Arctic year-round. In contrast, Russia now has more than 40, including the world’s largest and most powerful, and also has plans for ten search-and-rescue stations, 16 deep-water ports, 13 airfields and 10 air-defense radar stations.

This argument was made more explicitly by 16 foreign policy experts, led by former White House National Security Advisor General James Jones, who publically cautioned that the United States, “has not built the presence required to maintain regional [Arctic] security and stability,” in July.

As they concluded, “recent events in Europe reinforce the need for the U.S. and our allies to remain committed to a robust and cooperative framework in the Arctic, as resurgent powers will seek to take advantage of trans-Atlantic divisions to further their interests.”

The region as a whole is projected to contain 22 percent of the Earth’s undiscovered oil and natural gas, and the U.S. outer continental shelf alone is estimated to hold 35 billion barrels of oil (about fifteen percent of current U.S. net imports), according to the National Petroleum Council.

By developing these resources we ensure not having to rely on foreign, sometimes unreliable oil imports. Additionally, moving towards complete oil and natural gas independence insulates us from the market volatility we have seen all too often in the past, from the Arab oil crisis of the 1970s, which directly led to the creation of the Trans-Alaska Pipeline, all the way through to today’s ongoing turbulence.

As interest in the Arctic region continues to grow, and as Russia and others expand their own footprints, the United States faces a critical choice near-term as to whether to cede control or to establish a meaningful presence in the Arctic. The question of whether to include the Arctic in the next five-year leasing plan cuts to the heart of that decision. 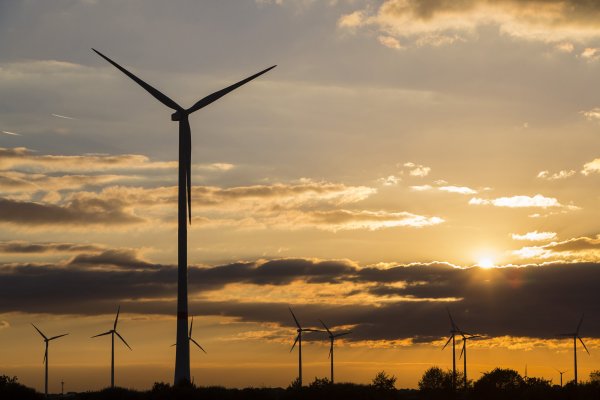 Renewable Energy Topped Fossil Fuels in 2015
Next Up: Editor's Pick