Large areas of the Calais ‘Jungle’ were ablaze Wednesday, as more than 1,200 French police and government officials continue to tear the squalid camp down.

Firefighters extinguished several dozen fires early Tuesday set by migrants as they left the makeshift camp – including a fire in the main alley through the camp which burned overnight. Steve Barbet, a spokesman for the regional prefecture, told the Associated Press on Wednesday that one migrant was slightly injured and taken to the Calais hospital. About 100 people were evacuated to a no man’s land at the entrance of the camp during the night.

Fabienne Buccio, who manages police, security and government policy in the area, told the agency Tuesday night that migrants “have a tradition” of burning their shelters before leaving. AP reported that some laughed as an aid group’s truck burst into flames.

Those dismantling the camp have been tearing down flimsy plywood shelters, tarp-covered huts and other temporary buildings by hand. Backhoes, construction dumpsters and trucks have been carting off the debris. Local officials told AP that the process will be lengthy, given the delicate task of clearing the camp by hand and with small machines.

Earlier Wednesday, Pope Francis appealed for more kindness towards migrants, following the news that residents of an Adriatic coastal town formed a blockade to prevent the arrival of 12 female migrants – one of whom was pregnant.

“In every age, the phenomenon of immigration calls for a response of openness and solidarity,” he said, AP reports. “In our own day, the growing influx of refugees fleeing war, famine and poverty is a summons to welcome and care for these brothers and sisters.”

The ‘Jungle’ is the last stop between continental Europe and Great Britain, from which many attempt the short but often fatal journey across the English Channel. Officials estimate that the camp houses some 6,ooo migrants, while local charities have put the number at about 10,000.

The situation has been an ongoing source of tension between the two neighboring countries, leaving migrants in limbo as neither side is prepared to accept responsibility. An October survey by Refugee Rights Data Project found that 59.21% of respondents living in the Jungle camp said that if the camp disappeared they would remain in the French port or sleep in the streets.

Authorities said that Monday marked the permanent closure of the 16-year-old camp. But as lawyer Norbert Clement, who works with refugees in Calais, told TIME last week, “To imagine that no refugees will come to Calais again is a fairy tale.” 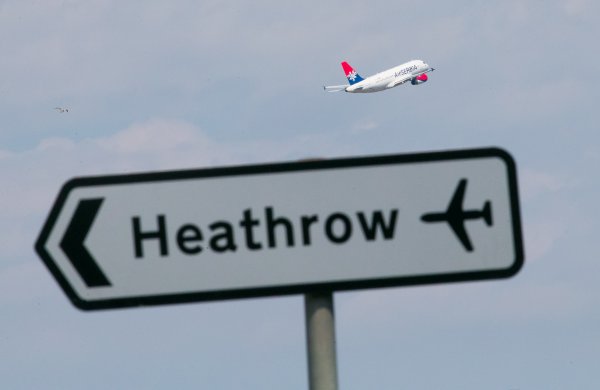 Why the Heathrow Airport Expansion Affects Everyone
Next Up: Editor's Pick