Two former contestants on Australia’s version of The Bachelor have successfully found love—but not with the man they were intended to date.

Megan Marx and Tiffany Scanlon appeared on the reality television show earlier this year, where they were vying for a shot at love with bachelor Richie Strahan. The pair have since revealed through a series of loved-up Instagram posts that their friendship has “ripened into something bolder.”

“I met Tiffany in a very strange situation,” wrote Marx, captioning a photo on Instagram of her and Scanlon on the beach. “We were kind of dating the same guy. And it was filmed and put on TV. From that first cocktail party, it was like this instant calibration between souls, as if we had known each other once before. Yesterday I flew this beautiful woman to The Abrolhos islands for her 30th birthday! I have to admit that I felt so so proud to be with her, my favourite person, celebrating such a momentous occasion on the water- a mutual love of ours.”

Correction: The original version of this story misstated the name of one of the contestants. She is Tiffany Scanlon. 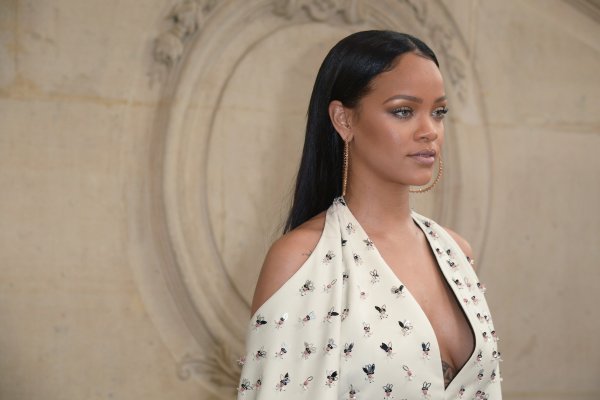 Rihanna Posts Emotional Plea After Her Backup Dancer Is Reported Missing
Next Up: Editor's Pick