A month after “the world’s saddest polar bear” made global headlines after photos emerged of its cramped enclosure in a Chinese shopping mall, newly released footage appears to show no changes have been made to the animal’s living conditions.

The video, released by Humane Society International (HSI) and VShine, appears to show the bear, named Pizza, pacing around its small glass-fronted tank and swaying its head.

“This polar bear is showing classic stereotypical behavior, including head swaying and repetitive pacing, induced by frustration and poor welfare,” said Professor Alastair Macmillan, Humane Society International and U.K.’s veterinary adviser. “The conditions in which he is being kept are completely unsuitable, vastly removed from anything approaching his natural habitat, and if something is not done then he will likely slip further and further into mental decline.”

Since photos of the bear’s living conditions surfaced, more than 1 million people have signed various petitions from animal rights groups calling for the closure of the exhibit. According to HSI, Pizza is one of more than 500 animals — including an arctic fox, walrus and beluga whale — living in the Grandview Polar Sea World, located in a shopping mall in Guangzhou, in China’s southeast Guangdong Province.

It had initially looked like a happy ending was in sight for the bear, when U.K.-based Yorkshire Wildlife Park offered to re-home Pizza in a 10-acre sanctuary in September. But the offer was reportedly turned down by Chinese authorities, who said the polar bear should remain in China.

On Tuesday, 50 Chinese animal rights groups signed an open letter to the governor of Guangdong Province, Zhu Xiaodan, urging him to close Polar Sea World, saying that the mall “is against both the law and the moral principles.”

“Such an exhibition is a shame to China,” the letter read. 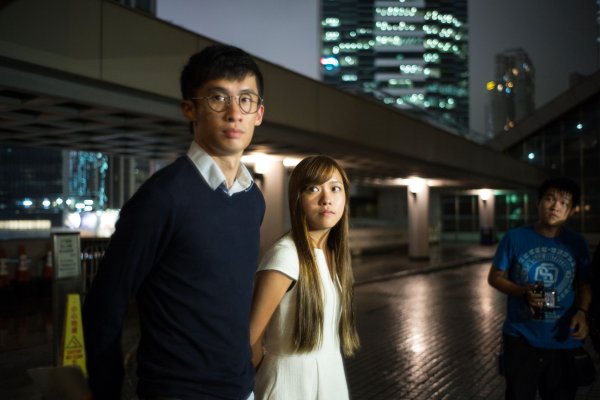