A presidential hopeful in France faced public backlash on Monday when he got the price of a popular French pastry so wrong he appeared to expose a significant gap between his own reality and the lives of everyday French people.

The center-right politician Jean-François Copé was asked by a radio audience member how much he thought a pain au chocolat cost today, reports Agence France-Presse. To which he replied, “I have no idea,” guessing that it might be “around 10 or 15 centimes,” (about $0.16.)

In reality, you would need ten times that in most bakeries, with the chocolate-filled buttery pastries going for the equivalent of between $1 and $2. French Twitter immediately coined the hashtag #painauchocolatgate.

“When you learn that #Copé estimated the cost of a #painauchocolat to be between 10 & 15 cents, and then you remember that he was minister of finance,” wrote one Twitter user.

“Well done mate, your final sprint to the #Primary2016 is off to a great start,” said Valérie Détresse.

Businesses were also quick to leap on the bandwagon:

In response, Copé said he didn’t buy the chocolate pastry that often as “You have to be careful. They are too high in calories,” he said, according to French news site the Local. 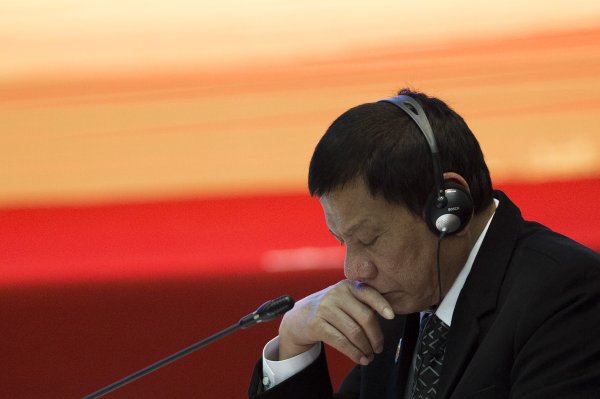 After China, Rodrigo Duterte Calls on 'Runner-Up' Japan
Next Up: Editor's Pick