AT&T's Time Warner Deal Is For Shareholders, Not You

This weekend brought about the biggest media merger of the year: AT&T will buy Time Warner for $85.4 billion. So Batman, Tony Soprano and CNN may end up under the ownership of the largest pay-TV operator in the country.

The news is notable for many reasons, starting with the hefty price tag. AT&T will pay a 35% premium above Time Warner’s value before reports of the merger surfaced last week. But the deal could also affect consumers who subscribe to DirecTV, surf online via AT&T’s U-verse or pay for content from Warner Brothers’ media empire.

Explaining the rationale behind the merger is a tough task. The CEOs of both companies appeared on CNBC Monday morning with vague assurances of the logic at play. “Evolution,” “innovation” and “competition” were used frequently. In other words, there were more buzzwords tossed out than concrete benefits outlined.

The history of media mergers is troubled enough to suggest that this marriage may not be so happy. The classic example is Time Warner’s merger with AOL, considered one of the worst such deals of all time. Comcast’s more recent purchase of NBCUniversal hasn’t been a disaster, but neither has it presented any clear benefits to consumers.

In that context, the argument that Time Warner and AT&T’s CEOs are making is hardly a compelling one. What they’re saying is that their customers will indirectly benefit if they become more powerful companies. But critics of the merger argue that it could make Time Warner content harder to access for non-AT&T subscribers.

Share prices of both companies were declining Monday amid a barrage of criticism by politicians, including Senator Bernie Sanders, who called for the deal to be killed. Both Presidential candidates have expressed opposition or skepticism toward the merger, leaving a tough regulatory road ahead that could last well into next year.

For now, concerns over the deal seem to be outweighing the benefits, which could end up being negligible. For decades, the pipes that streamed digital content remained largely independent from the companies that provided the content. And no consumers complained.

What has changed is that the companies are under pressure from a different constituent: Their shareholders. Telecom firms are being squeezed on profit growth. When broadband providers began to see their businesses eroded by the rise of mobile devices, they bought mobile providers. Then mobile growth slowed as the market saturated. (AT&T said last week its wireless revenue fell 5% in the previous quarter.) So they needed to explore new areas of potential growth.

That’s why telecom giants are increasingly pushing into new areas. Comcast moved into theme parks, it bought NBCUniversal, and it picked up online properties like AOL and Yahoo. AT&T bought DirecTV and is now moving into content. The idea is to keep overall revenue growing with new acquisitions, while hoping that integration will reduce costs enough to keep profits rising.

All this dealmaking is happening as the rise of digital content is altering the media landscape. “Regular” television is hurting as audiences shift to watching more video on their phones. To be sure, pay TV isn’t going away, but it will have to share more of the revenue pie with mobile video. Any company that isn’t hustling to adapt to this new reality will find itself left out in the cold.

AT&T and Time Warner both see the writing on the wall: where the Internet is concerned, profits are lean and getting leaner. The companies wringing profits from a digital world are the ones busy consolidating their power. And the simplest, quickest solution to this problem is M&A: Buy your way into a business overnight, rather than investing billions into a market you don’t understand and waiting to see what happens.

This makes plenty of strategic sense from the perspective of media executives and the shareholders to whom they answer. It makes less sense to consumers. These companies survive (or if everything goes right, thrive) through mergers. But consolidation means less competition, which makes it easier for companies to raise prices on consumers — or limit their choices to coerce them into options that are more shareholder- than consumer-friendly.

That’s what’s prompting regulatory concern about the AT&T/Time Warner deal. Even if regulators eventually give AT&T the green light, the merger may be delayed well into 2017, by which time the media landscape will undoubtedly have changed further. That’s a lot of risk to take on for a merger with little compelling strategic sense from the start.

And that’s the takeaway from this deal. The talk about how it’s all for the consumer is true, if at all, only in a technical sense. These media mega-mergers are trying to solve a problem for consumers that doesn’t exist. No AT&T subscriber and no one who watches Time Warner content is clamoring for this tie-up. That should be a red flag.

The real problem this merger solves is for the companies’ shareholders, including executives paid in generous stock-option packages. Media companies are struggling to keep their heads above water in a market that demands constant growth. Thanks to these mega-mergers, they may do just that. But someone has to pay for that growth, and it’s likely to be consumers. 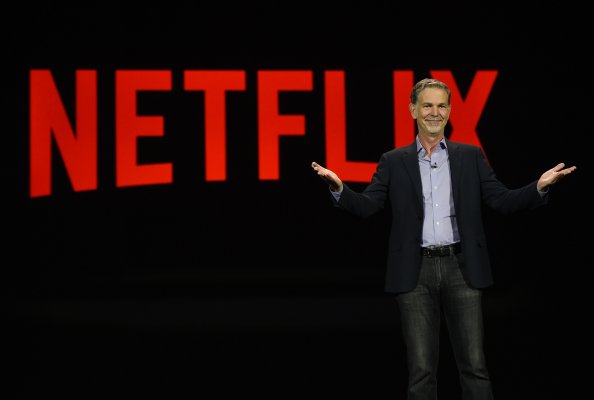 Why You Shouldn't Believe Those Netflix-Disney Rumors
Next Up: Editor's Pick