What Loving Can Show Us About Multiracial Parenting

America has come a long way since Mildred and Richard Loving took their case to the U.S. Supreme Court in 1967 to fight and win the right for a black woman to marry a white man. But have we come far enough?

Now the subject of a major motion picture debuting Nov. 4, Loving, that interracial couple went on to have three children. Given their then-unconventional family, I wonder what they faced when they went out in public as a family. As a black spouse in an interracial union today, I can tell you. My daughter was 6-months-old the first time I got the question: “Is that your baby?”

I was wearing one of those strappy contraptions on my chest standing in the local pharmacy when this woman and her question pierced my solitude. I was still adjusting to the range of new word-configurations—“breast pump,” “lactation let-down,” “cry-it-out”—so my sleep-deprived brain might have convinced me the question was a part of my new normal. I answered: “Yes.”

“Are you sure?” the woman asked.

“Are you for real?” rang in my head, while my voice produced a very unsure, “I’m sure.”

For the next question, however, there was no answer—internal or otherwise.

“Are you really sure?” the person pushed. “I mean, hospitals mix up babies all the time.”

Let me tell you what you can’t see: My daughter’s father is white, and I’m not. She has blue eyes and sandy-blonde hair, neither of which her father nor I have (recessive genes are a real thing). My beautiful multi-racial daughter is in the 100th percentile for weight and height, while I round up when I tell people I’m 5’2. There are multiple ways my husband and I don’t match. Yet becoming parents has forced us to re-examine these differences in a new light.

According to the 2010 US Census, more than 9 million Americans identify as mixed race, while more recent studies show the mixed-race population is the second fastest growing racial group in the U.S.

When will we move past the idea that all families are one color?

A record-high 12% of newlyweds married someone of a different race, according to a 2013 Pew Research Center analysis of U.S. Census data. And in 2014, 37% of Americans said having more people of different races marrying each other was a good thing for society. Only 9% in 2014 said this trend was a bad idea, while 51% said it doesn’t make much difference.

It’s clear: in an age of choices, people are also choosing their families—trans-racial adoptive families, same-sex families, single people who find family among friends. Mixed-race families should hardly be a cause for concern; rather, they should be a cause for celebration.

In asking other mums, dads, sitters and grandparents, my unscientific research tells me the “Is that your baby?” query is not a standard playground question. Those who’ve not heard the question include a black-haired mom with red-headed son, a white mom with an adopted black daughter, even the white nanny when she’s with my daughter. When I’m asked, I think the thought behind the questions lies somewhere between “You and this baby do not belong together” and “That baby is too good to be yours.”

The night a stranger suggested trained professionals had given me the wrong baby, I asked my husband if our daughter left his sight the day she was born. He laughed at me, saying, “Well, I did go to the vending machine … no! What’s wrong with you?”

What’s wrong is this: Complete strangers are compelled to question my right to my child. “Are you the nanny?” “Did you steal that baby?” “Maybe you should tell her mother (insert unsolicited advice here),” are all accepted forms of, “Is that your baby?” I’ve heard them all and believe they are at the very least impertinent and at the very most racist and hurtful to my child, our family and to the idea that we’re becoming a more perfect union that embraces families in all their forms.

To be clear, we are far from seeing the likes of a post-racial era. And while cases like Brown v. The Board of Education and Loving v. Virginia are indications of great strides, as long as police continue to justify the killing of unarmed black people, there is more work to do. But in an age where people can choose their families, let’s stop assuming all families are one color. 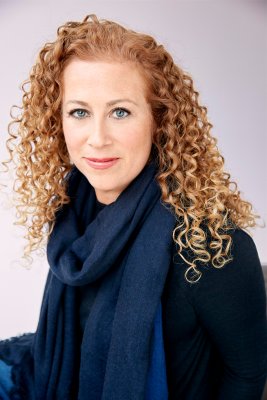 Are You Sure You're Not Racist?
Next Up: Editor's Pick