The Witch Trials That America Forgot

A 19th-century illustration of the founding of the colony of New Haven (in later Connecticut) by puritan preacher John Davenport, 1638.
ullstein bild / Getty Images
By Ray Cavanaugh

Owing to its brief but intense history as a place where people were accused of and punished for witchcraft, Salem, Mass.—a.k.a. “Witch City”—becomes a major venue for Halloween activity and anticipation each October. However, by the time Salem’s witch trials started in 1692, Connecticut—the only colonial American place other than Salem with a significant track record of witch trials and executions—was already winding down its half-century of persecution.

In 1647—five years after Connecticut made witchcraft a crime punishable by death—Hartford saw the first witch-related execution in colonial America when Alse Young was sent to the gallows. As no records of her trial survive, details of her case are sketchy. There is speculation that she was deemed responsible for an epidemic in a nearby community.

Life was typically bleak for these colonial settlers. When they weren’t busy contending with defiant natives, there was hunger, cold and the frequent fatal epidemic. Someone was to blame for all this. In the prevailing Puritan ethos, the presence of Satan was a daily reality, and he could appear in myriad ways, witchcraft among them. These colonials subscribed to a literal reading of Exodus 22:18, with its instruction that, “Thou shalt not suffer a witch to live.” Those persons who didn’t conform—in lifestyle, appearance, or demeanor—to the rigid Puritan mores were at increased risk of being accused.

Between 1647 and 1697, about three dozen people (the exact number is disputed, as many court records have been lost) were charged with witchcraft in Connecticut. Eleven were executed, all by hanging. Nine of the 11 were women. The two men executed were hanged along with their wives. Of those who weren’t executed, some fled their community; others were banished.

Connecticut’s second executed witch, Mary Johnson, was sent to the gallows in 1648 after having been detained and tortured for years, according to ConnecticutHistory.org. Under duress, she admitted to “familiarity with the Devil” and “uncleanness with men and devils,” thereby providing the first recorded confession of witchcraft in the American colonies.

When Connecticut’s witch purges began, just a single witness was needed to mount a trial and conviction. If one had a vindictive enemy or someone who stood to gain financially from one’s downfall, then a witchcraft prosecution could result. It didn’t take much, except for a bit of imagination. Elizabeth Reis’ book Damned Women: Sinners and Witches in Puritan New England relates how one accused Connecticut woman allegedly bewitched her neighbor’s oxen and “caused beer to jump out of a barrel.” As ridiculous as these accusations now sound, the consequences could be deadly serious.

As would later be the case in Salem, women were disproportionately targeted and could even be blamed for a man’s misdeeds or recklessness. In one case, after a man accidentally shot and killed another man, Lydia Gilbert, of Windsor, Conn., was convicted and sentenced to death for causing the incident through her witchcraft.

Want more historical perspective? Subscribe to TIME and choose one book from our History collection: D-Day, The Roosevelts or The Civil War.

Connecticut witch-hunting reached its peak in 1662 with the Hartford Witch Panic, which saw three witches executed within several weeks’ time. No witch-related executions took place after 1662, according to Connecticut’s Office of Legislative Research. By this time, testimony from multiple witnesses was required in order to obtain a witchcraft conviction. Also, authority figures, including Connecticut’s colonial governor John Winthrop the Younger had begun to question the value of the “evidence” in these witch trials, as well as the possible agendas of the witnesses.

In fact, many of the accused after 1662 were acquitted—and some were even awarded damages for having been slandered.

In 1668, Katharine Harrison, of Wethersfield, Conn., was found guilty of witchcraft. But the court refused to impose the death sentence, despite “the popular clamor for an execution,” as told by R.G. Tomlinson’s book Witchcraft Trials of Connecticut. By then, methods of interrogation that involved hot irons and boiling water were deemed “diabolical.”

In 1692 – the same year that the Salem witch trials began – Fairfield, Conn., saw an outbreak of witchcraft accusations. But none resulted in execution. Though witchcraft would technically remain a capital crime in Connecticut until the 18th century, the courts there were growing skeptical and weary of witchcraft trials. Too many of them, it seemed, were the result of personal feuds.

Even an unsolicited confession was no longer sufficient. When a Connecticut man, Hugh Crotia, claimed that he had made a pact with the Devil and practiced black magic against his fellow citizens, the court formally declared him an “Ignoramus” in 1693 and set him free, on the condition that he pay his jail expenses.

And yet, even as the Connecticut legal system entered a comparative age of enlightenment, Salem was descending into a lethal hysteria—20 witches executed in less than four months.

The records of Salem’s trials were better preserved, and the lethal intensity and degree of witch-hunting there was unmatched anywhere else in the New World. Plus, with the help of cultural touchstones like Arthur Miller’s The Crucible and the vibrant Salem tourism industry, the Massachusetts city would remain synonymous with its witches—forever upstaging the more protracted witch trials of Connecticut. 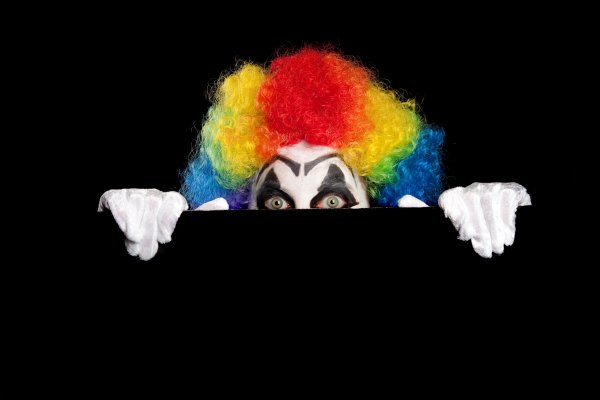 The Surprising History Behind the Scary Clown Phenomenon
Next Up: Editor's Pick