In an arty video for downtown-cool fashion brand Rag & Bone, 65-year-old Hamill is captured in mostly black-and-white snapshots as he roves through a decrepit building. In flashes, we see a leather jacket, a casual hoodie, his signature sharp blue eyes. But it’s the voiceover that makes the biggest statement.

The Force-positive Skywalker, if you’ll recall, has last been spotted in the Star Wars universe hiding out as a hermit atop an isolated, rocky island. Rey of The Force Awakens has just sought him out to teach her the ways of the Jedi, so we can expect to see more of him in the next installment of that thread in the series.

Hamill himself, meanwhile, continues to be one of the Star Wars fandom’s most responsive celebrities, regularly poking fun at his character and responding to followers on his active Twitter. He’s also a voice actor, most notably as The Joker. And now he’s face of a hip brand, alongside other luminaries like Mikhail Baryshnikov and Wiz Khalifa who also appear in the video campaign. 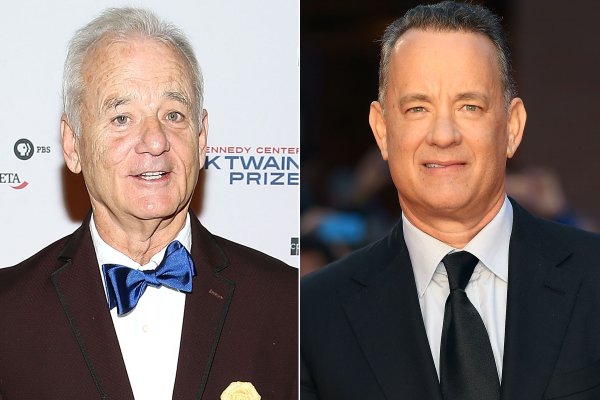 The Internet Can’t Decide If This Photo Is of Tom Hanks or Bill Murray
Next Up: Editor's Pick