This Is How to Overcome Social Anxiety: 5 Tips Backed by Research

Your mind races. Your palms sweat. The words don’t come out of your mouth right, if they come at all. We’ve all been there at one time or another. And some of us get it worse than others, and more frequently. Social anxiety.

Nobody wants to look stupid or be embarrassed. But since it’s not like your life is on the line, why is social fear so bad? There’s an answer…

While it’s hard to remember what a broken arm feels like, it’s quite easy to remember all the times you felt mortified in public. So it’s not surprising that research shows social pain is actually worse than physical pain — because you can relive it over and over again:

And the old saying is true: often the fear itself is much worse than whatever you’re afraid of. Research shows being afraid you’re going to lose your job can be worse than actually losing your job:

And the advice you usually get on how to deal with fear is dead wrong. What happens when you suppress your feelings?

Your ability to experience positive feelings goes down — but not negative feelings. Stress soars. And your amygdala (a part of the brain closely associated with emotions) starts working overtime.

From Handbook of Emotion Regulation:

But there’s a way to deal with fear and anxiety that neuroscientists, the ancient Stoics and mindfulness experts all agree on. And it’s not that hard. Let’s get to it…

How To Make Fear Less Scary

There are a number of specific techniques for reducing those awful anxious emotions:

A random bunch of tips? Nope. So what do they all have in common?

You gotta use your brain. You gotta think. Some might reply, “I am thinking, I’m thinking about all the awful stuff that could happen if I embarrass myself. In fact, I can’t STOP thinking about it!”

But you’re not thinking. You’re reacting. Fight or flight. Like an animal would.

Look, our ancestors didn’t spend millions of years climbing to the top of the food chain so we could respond the same way a lizard does. We have this shiny new prefrontal cortex and can use it to fight fear.

In fact, you already have and you probably didn’t realize it…

Ever had so much going at once that something which would normally scare you just doesn’t? That’s not random. When your thinking brain — the prefrontal cortex — is highly engaged, it slams the brakes on feelings.

And you can use this trick deliberately. Anything that gets you thinking actively can smother anxiety:

(In fact, this effect is so powerful, I recommend you don’t think too hard when you’re feeling good — because it can suppress those happy emotions just as easily.)

Now we’re talking about social anxiety, and it’s not like you can start doing your taxes at a party to feel less anxious. That’s okay. We can do one better. What should you think about?

Your fears. Yeah, it’s a cliche, but it’s true. “Face your fears.” Actively. With your brain switched to “on.” Neuroscience research shows when we avoid scary things we become more scared. When you face your fears they become less frightening.

From Resilience: The Science of Mastering Life’s Greatest Challenges:

And that’s what each of the techniques I listed do in one way or another: they engage your thinking brain to take over for the emotional brain and get a handle on what you’re feeling. You can try them and see what works for you. Or you can put together a fear-busting cocktail combo to really drop the hammer on that anxiety.

(To learn the 7 step morning ritual that will keep you happy all day, click here.)

Alright, now that we understand the underlying brain trickery, let’s look at how each method works so you can crush that social anxiety…

Give the feeling a name. (No, don’t call it “Phyllis.”) Just tell yourself what you are feeling. Yes, it’s that stupidly simple.

“I’m feeling anxious.” By naming it, you’re shifting gears in your brain. It’s no longer an overwhelming feeling from your emotional amygdala anymore; now that it has a label your prefrontal cortex takes the reins.

From The Upward Spiral:

With “noting”, some mindfulness practitioners like to take it one step further and instead of saying, “I’m feeling anxious,” they say, “There is anxiety.” This sounds really weird but it makes sense through a mindfulness lens: you are not your thoughts.

Just because something goes through your head does not make it you. It’s a passing feeling; one of a zillion you have each day. No need to identify with it.

(To learn how to beat impostor syndrome, click here.)

Okay, you slapped a label on that feeling and dampened it. Bravo. But how do you really engage your thinking brain and take fear-squashing to the next level?

Thoughtfully observe Phyllis — I mean, your fear. Observe your fear — and actually increase it. Imagine the worst that could happen. You are stripped naked in front of everyone and begin farting showtunes.

I know, this sounds terrifying. But imagining the worst is especially useful with social anxiety. Why?

Is someone going to stab you to death for saying something stupid? No. Do you live in a tribal society where social ostracism means you will be exiled and starve to death on the savannah? No.

So you’re not really afraid of what other people will do — you’re afraid of the feelings it will cause in you: embarrassment, shame, etc. News flash: you have control over the latter. They’re in your head. And nowhere else.

Visualize the worst and you’ll see it’s really not that bad. How do I know? You laugh about some of the embarrassing things you’ve been through in the past, right? So I recommend you just start laughing now.

(To learn how to make friends easily and to strengthen the friendships you have, click here.)

You hit yourself with the worst possible scenario and you can handle it. Awesome. But you might be anxious that you’re still going to feel anxious. Fine, fine. We got another arrow left in the quiver.

And this one’s powerful. This guy is the tactical nuke when it comes to dealing with fear and anxiety…

Most people think their feelings are realer than real because they’re so visceral. We have a hard time denying what we feel.

Well, that’s wrong. Just because you feel it doesn’t make it real. Feelings aren’t a satellite dish receiving signals of eternal truth. Feelings come from beliefs. Change the beliefs and the feelings change.

From Your Brain at Work: Strategies for Overcoming Distraction, Regaining Focus, and Working Smarter All Day Long:

You say something at a party. Everyone starts laughing. You think they’re laughing at you. How do you feel?

Hold on, my bad, turns out their laughing with you. Now how do you feel?

Similarly, when I spoke to a Navy SEAL, an Army Ranger and a Special Forces instructor, they all said that reappraising their arduous training as a “game” — rather than something that would make or break them — was key to getting through it.

(To learn the science that will make you better at flirting, click here.)

Yay, we’re done… Actually, not yet. As the old saying goes, “An ounce of prevention is worth a pound of cure.” Rather that treating your fear, wouldn’t it be better to not have it in the first place?

What’s one of the primary sources of this anxiety? And how can we nip that in the bud?

Don’t Be An Opera Singer

When you’re feeling anxious in a social situation a lot of thoughts are going through your head: Will I bore them? What do I say? What if I embarrass myself? How do I impress them?

See a pattern here? Your brain sounds like an opera singer warming up: ME ME ME.

When I spoke to Robin Dreeke, former head of the FBI’s Behavioral Analysis Program, what did he say was key to connecting with people? Suspend your ego. Here’s Robin:

And Robin’s right. Don’t worry about impressing or not-screwing-everything-up. Research shows when people are meeting someone new they don’t evaluate the interaction by what you said — they evaluate it based on how well they think they performed.

When you’re focused on yourself, you are literally being self-conscious. And that breeds the fear and anxiety. So focus on the other person. It’s simple: listen to what they have to say and ask them to tell you more.

It will make the person you’re talking to happier. Studies show people get more pleasure from talking about themselves than they do from food or money:

And it’ll probably make you happier:

I know what the super-anxious are wondering right now: But how do I reply? I might say something stupid.

Allow me to “reappraise” this for you and “make it a game.” Below is the empathy scale researchers use to score replies. More points are better.

Via The Art of Conversation: A Guided Tour of a Neglected Pleasure:

5’s give people emotional validation. And we all crave that. When they talk about feeling scared, you respond, “That sounds terrifying.”

And 6’s are what turn acquaintances into close friends. Sharing feelings. “Same thing happened to me. It was awful.”

And that’s how you start to go from ME ME ME to YOU YOU YOU to — finally — US US US.

(To learn how to be loved by everyone, click here.)

We have covered a lot. (And you have been an excellent listener — you didn’t interrupt me once.) Let’s round it all up and learn how even if everything goes completely wrong and you do embarrass yourself, that can be a good thing…

Here’s how to overcome social anxiety:

In a classic study, researchers had subjects evaluate three job candidates. One had lousy scores, the other was nearly perfect, and the third had the same rankings as the perfect one but during the interview he spilled coffee all over his suit. Guess who they thought most highly of?

The fumbler. Why? He seemed more approachable. He wasn’t so perfect as to make people envious. Being too impressive can backfire. Perfect is too perfect.

So put your brain to work fighting that fear. And get out of your head and into their head. You’re not the only one who feels socially awkward. Help others feel relaxed and you’ll find you relax too. And stop trying to impress… 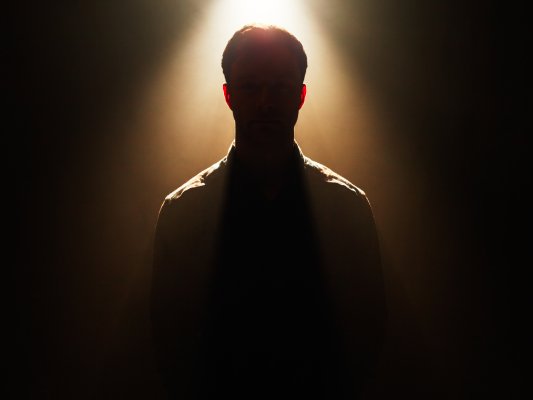 5 Ways to Deal With a Psychopath
Next Up: Editor's Pick