Pierce and Keely Brosnan: It's Time to Save the Whales, Again

We are passionate about efforts to protect our planet’s great whales and their ocean habitat. Although many people think we saved the whales in the 1970s, surprisingly, whales face more threats today than ever before. Therefore, there is a genuine sense of urgency needed in the ongoing fight to protect these magnificent creatures, as well as a renewed sense of optimism.

This year marks the 70th anniversary of the International Whaling Commission (IWC), and the 30th anniversary of the moratorium on commercial whaling. As the IWC convenes its biennial meeting in Slovenia this week, it should celebrate these milestones of the past and also rise to the challenges we face in the future.

Many species of whales have declined to levels where their survival remains in doubt. Between 1900 and 1999, the whaling industry killed nearly 3 million whales. North Atlantic right whales were depleted to near extinction and hover today around 450 individuals. Blue whales in the Southern Hemisphere were depleted to around 1% of their pre-whaling numbers.

Faced with decimated whale populations—and spurred by environmental activists—the IWC evolved from regulating the whaling industry to engaging in whale conservation measures. Its biggest conservation success was imposing a moratorium on commercial whaling, which went into effect 30 years ago. The moratorium has been a tremendous victory, saving more than 100,000 whales and many whale populations from extinction.

But there is more work to do. Despite the moratorium, Japan, Iceland, and Norway continue to kill whales.

This is the first IWC meeting since Japan restarted its so-called “scientific research” whaling program in the Antarctic, after the U.N. International Court of Justice found it illegal.

Since the moratorium, Japan has exploited a loophole to kill more than 15,000 whales under the guise of science. The IWC adopted 22 resolutions over the years calling on Japan to halt or restrict its “scientific whaling research.”

Japan canceled its Antarctic hunt in 2014, but returned in 2015 with a new “scientific research” plan to kill 333 minke whales each year. Despite failing to get approval from either the IWC’s Scientific Committee or the IWC itself, Japan resumed whaling in December 2015 and killed its entire self-allocated quota of 333 minke whales last season, nearly half of which were pregnant females. Japan also renounced the International Court of Justice’s jurisdiction.

Such disregard for international law must not go unchallenged.

Nor can the IWC condone Japan’s proposal to allow “small type” whaling along its coasts, which would both weaken the moratorium and legitimize Japan’s whaling.

The IWC will also consider whether to adopt a proposal to create a whale sanctuary in the South Atlantic Ocean. The commission has considered this idea for over 15 years. With the support of the countries in the region, it’s long past time to adopt it.

As you may know, the lives of whales (and countless other species) are threatened by the choices that we as humans have made and continue to make as we expand our footprint across the earth. Rogue commercial whaling, noise pollution, chemical pollution, marine debris, ship strikes, climate change, ocean acidification and entanglement in fishing gear are all leading to the demise of these leviathans.

Therefore, it is more important than ever before that the IWC champions cetacean conservation. The commission must maintain its strong support for the global moratorium on commercial whaling and oppose any efforts to undermine it. And it must call on Japan, Iceland and Norway to end all commercial and “scientific research” whaling indefinitely.

We are all forces of nature—the catalysts and agents of change, the architects and engineers of a new tomorrow. We shape and create our reality every moment of every day, and like no species before we have the power to define our future.

The IWC holds the fate of the world’s most magnificent creatures in its hands. Working together with conservation-minded countries, it can and must save the whales. 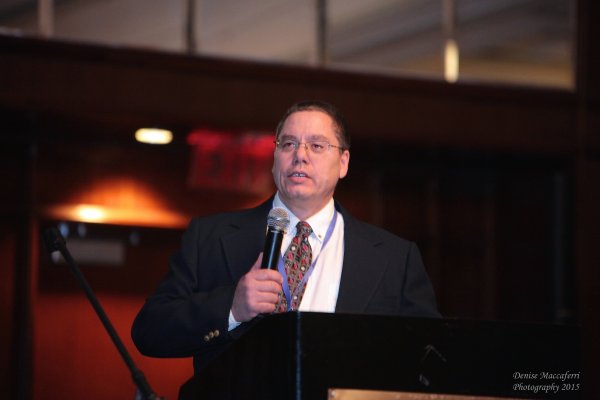 What I Learned Teaching Police About LGBT Rights
Next Up: Editor's Pick