Everything to Know About the Calais 'Jungle' Closure

French authorities began clearing out the sprawling Calais ‘Jungle’ camp on Monday, with the first government buses shuttling migrants to accommodation centers leaving the camp in the morning.

This follows weekend clashes between migrants and police officers with authorities firing tear gas into the crowds to restore order. Here’s what to know about the planned demolition of the camp, which has become a symbol of Europe’s refugee crisis:

How will they clear the camp?
Thousands of leaflets were distributed ahead of the camp’s closure this week telling the camp’s residents to report to a reception point in a nearby hangar for processing. On Monday, thousands of queuing migrants, laden with all their belongings, were reportedly placed in separate lines to determine those in vulnerable categories, families and people traveling alone. From there the migrants are reportedly shown a map of France and asked to choose which region they would like to go to, before boarding one of 60 buses expected to remove 3,000 people by the end of the day, the Guardian reports. The exercise will be repeated on Tuesday and Wednesday. Officials estimate that the camp houses some 6,ooo migrants, while local charities have that number at around 10,000.

According to the BBC, there are 7,500 beds available for the migrants across France in the new temporary reception centers. Upon reaching these centers, the migrants will have the opportunity to claim asylum or face deportation if their claims fail. From Tuesday, some 40 people will arrive to begin clearing out the temporary shelters, stores and tents with heavy machinery. Clearing the camp is expected to take the entire week.

Do migrants want to go?
Calais is the last stop on the migrant route through continental Europe and some are determined to stay in order to reach the U.K. An October survey by Refugee Rights Data Project found that 59.21% of respondents living in the ‘Jungle’ camp sad that if the camp disappeared they would remain in the French port or sleep in the streets. A Monday statement by Help Refugees says more than 20% of the camp’s population has dispersed as the eviction date drew nearer.

While past evictions of the 16-year-old camp has been voluntary, this week’s move is compulsory. With the French interior minister Bernard Cazeneuve saying it “does not want to use force but if there are migrants who refuse to leave, or NGOs who cause trouble, the police might be forced to intervene,” the Guardian reports.

Despite that, the camp is likely to reemerge after the demolition. “I think people will still come. With refugees, deterrents don’t matter because a refuge by definition is fleeing something” Clare Moseley, founder of the charity Care4Calais, told the Guardian. “In February, they demolished over half the camp and yet here we are, seven months later, with a camp bigger than it’s ever been.”

Speaking to the New York Times, Sudanese Abdullah Umar, 24, expressed his desire to stay in France: “The Jungle is no good….There are problems. Sometimes there’s fighting. And it’s cold…France is a good country.”

Are more clashes expected?
So far there have been reports of scuffles after riot police began sending people away from the registration line outside the camp.

Demonstrations and rallies against the closure and the treatment of the migrants in Calais are planned across French cities and regions. The Telegraph claims that British activists may attempt to disrupt the demolition. “Considering activists from hard-Left group No Borders have arrived in the Calais area and have set up home in squats” a police spokesman for the Calais region told the Telegraph. “There is a high risk the activists have penetrated the camp with a view to influencing the migrants as they did in March.” In March the group were accused of ‘stirring’ trouble when migrants and protestors stormed the port and boarded a ferry.

What is happening to the camp’s unaccompanied children?
Charities are worried that children will disappear due to the ensuing chaos of the camp’s demolition. “NGOs providing child services fear that because of this lack of contingency, many will disperse and go missing during the current eviction” Help Refugees said in a statement on Monday. “We urge authorities in France to do everything within their power to prevent this, and those in the UK to expedite the cases of the minors eligible for resettlement.”

In the past week nearly 200 children have been brought to the U.K., of which 54 minors came under the Dubs amendment, which was a U.K. government pledge to help vulnerable, unaccompanied children on the continent. The rest of the 1,300 minors will be lodged in a “village” of containers in Calais, while their claims are assessed.

Read more: The ‘Left Behind’ Refugees of the Jungle in Calais 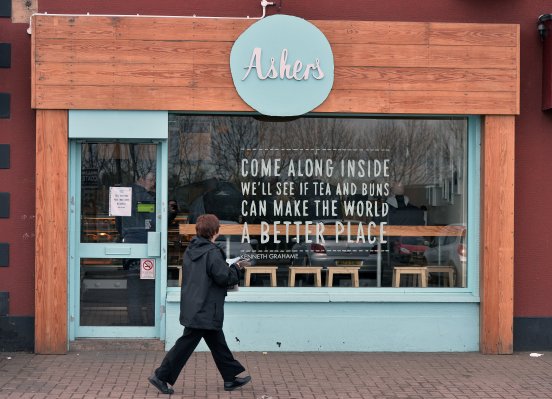