Minnesota Vikings' Jerick McKinnon wears cleats with images of Harambe during warm ups before an NFL football game against the Philadelphia Eagles in Philadelphia on Oct. 23, 2016.
Chris Szagola—AP
By Mahita Gajanan

The NFL’s Jerick McKinnon, a running back for the Minnesota Vikings, paid tribute to Harambe—the gorilla shot and killed at the Cincinatti Zoo in May—through a pair of impressive purple cleats.

Wearing cleats featuring Harambe’s face and body and the words “RIP Harambe,” McKinnon warmed up on the field before playing the Philadelphia Eagles on Sunday.

The Vikings have previously voiced support for the gorilla, whose death has sparked a spate of memes, and yelled, “Spoons out for Harmbe” while getting hyped up before a game last month. The team tweeted a photo of McKinnon’s cleat on Sunday. 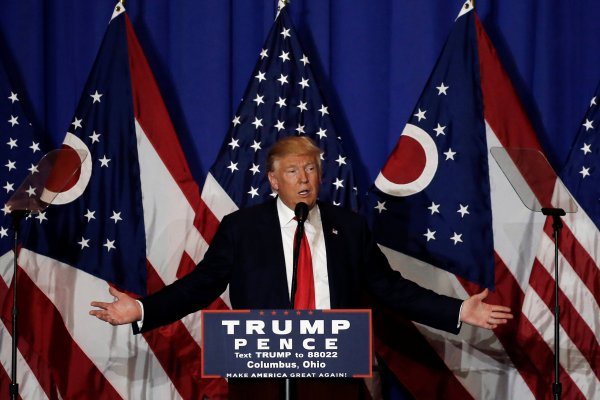 Why Donald Trump's Concussion Remarks Are Dangerous
Next Up: Editor's Pick