What the Next First Spouse Can Learn From History

When Americans go to the polls on Nov. 8, they will be voting for the next President of the United States—but any choice comes with an extra person, one who’s not on the ballot: the future First Spouse. Whether Bill Clinton or Melania Trump ends up taking on that unusual and confounding role, the next First Spouse will confront the same choice confronted by every modern First Lady, says Kate Andersen Brower, an expert in the history of that office and the author of First Women and The Residence.

“Former First Ladies will tell you that everyone has to decide how they’re going to interpret the role,” Brower tells TIME. “You have two really different approaches to being First Lady, and it depends on your personality.”

Option one is a more traditional vision of the First Lady’s office. It positions the First Lady primarily as a support to her husband and family, with her outside work typically focused on a few traditionally feminine causes like child health. That’s the option, Brower guesses, that Melania Trump would choose. “She’s more like a Mamie Eisenhower than she is like a Hillary Clinton or a Michelle Obama,” Brower says. “Mamie Eisenhower said ‘I have one job and his name is Ike.’ I think you could hear Melania saying something like that.” (Melania Trump would be innovative in her own way, Brower says, as the first First Lady to have posed nude and the first since Louisa Adams to be born outside the U.S.)

Option two is the activist First Lady, personified by women like Nancy Reagan and Hillary Clinton. Though Reagan’s First Lady power was far less policy-focused than Clinton’s was, both exerted serious political influence on their husbands’ terms in office.

Should the former First Lady end up as President, Brower says it’s obvious—for several reasons—that Bill Clinton will not opt for the traditional version of the role of presidential spouse.

But, Brower says, history shows the more political approach to be a risky one in terms of public perception. Make a wrong move, and it’s easy for people to say that a First Lady—someone who does not hold elected office—is overstepping bounds. “People don’t want to see a First Lady who wants a seat at the table. American voters time and again have said this,” she says. Hillary Clinton learned that lesson firsthand during her own time as First Lady, as her work on behalf of healthcare reform opened her up to serious criticism. What is impossible to separate is to what extent people feel that way because the First Lady is not an elected office, and to what extent people feel that way because the person holding the job has always been a woman.

It was former First Lady Laura Bush who told the writer that the next big question about the office would be whether individuals in that role would be allowed to continue their careers in some way; the question has become more pressing as politicians’ wives (and husbands) have become more likely to have careers of their own. Clinton’s career, however, is unusual in that it is “former President of the United States.”

Perhaps his inability to stop holding that position should his wife become President—and the lack of any sign that a second Clinton administration would want him to do so—might change the game for future First Ladies, Brower says, by changing perceptions of the role. Or perhaps his time in the job wouldn’t change very much at all, given how much of an outlier he would be, as someone who was elected, at least at one time. (One former White House social secretary told Brower that the nation would be “blasting our way into” the idea of having a First Gentleman by doing so with a President rather than a “normal guy.”)

The gendered nature of the job also makes it tricky to predict how a First Gentleman taking an active role might affect the ability of future First Ladies to do so.

“[That traditionally feminine role] is a frustrating position for a lot of these women from history. Rosalynn Carter, I interviewed her and she talked about how her feelings were really hurt that she was pilloried in the press for being ‘Mrs. President.’ It is a really difficult double standard, I think,” says Brower.

Whether or not Clinton is the one to tip the scales, Brower believes that in the near future the First Spouse will be expected to continue his or her job in some limited way. “But a Cabinet position or leading major issues, like what Hillary Clinton tried to do, I don’t think people will be comfortable in the next 20 years,” she says. “People don’t like somebody who’s overly ambitious who wasn’t elected to that position, and I don’t think that will change.”

Which doesn’t mean the office of the First Lady will continue to be a powerless one—because it never has been. Asked what the top thing is that people get wrong about the history of First Ladies, Brower says that most people vastly underestimate their involvement. Jackie Kennedy, she says, was famous for her style but was also very aware of what was going on politically during John Kennedy’s years in office. 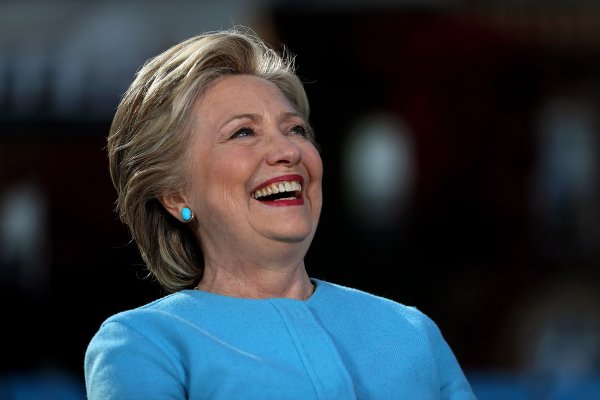 The Yale Record Swears It 'Does Not Endorse' Hillary Clinton
Next Up: Editor's Pick