Whether tending bar at a Brooklyn watering hole or crashing a wedding with aplomb, indie favorite Bill Murray is always a zany, unpredictable presence wherever he pops up.

So it should surprise aboslutely no one that he decided to make an appearance at the White House Press Briefing Room on Friday morning, decked out not in the usual, acceptable politician’s garb of crisp blue suit, but instead in full Chicago Cubs fan regalia, from the baseball cap to the logo pullover sweatshirt.

The legendary comic was in Washington, D.C. to accept the Mark Twain Prize for American Humor later this weekend, but apparently he popped into town early to have a meet and greet with none other than President Obama.

As for the Cubs garb? The team is inching closer to appearing in the World Series this year. During the press appearance, Murray opined on the baseball team’s odds, suggesting that the Cubs could overpower the opposing Los Angeles Dodgers’ pitching power because his team has “too many sticks,” a reference to batting prowess, NBC News reports. Plus, he believes Chicago weather will be a leg up for his home team.

“[We’re] at home with our crowd, there’s the weather,” he said, according to People. Saturday’s Game 6 will be played at Wrigley Field. “You get a little bit of autumn in Chicago; you don’t get that in Los Angeles – trees just die in Los Angeles.” 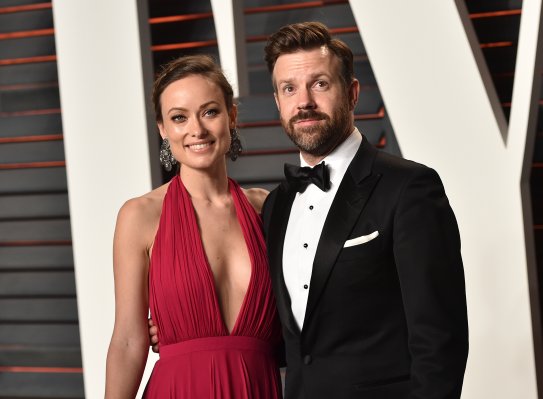 Olivia Wilde May Have Gone Into Labor Because of Beyoncé
Next Up: Editor's Pick