Al Franken and Mignon Clyburn: How Your Internet Provider Restricts Your Rights

But communications providers who offer access to the internet in our homes and on our phones have found a way to evade accountability by effectively locking the courtroom doors on their customers.

They do it through the use of what are known as mandatory arbitration clauses, buried deep in the fine print of the contracts you have to sign in order to get internet service. These clauses force you to sign away your right to go to court in the event of a dispute, in favor of a private arbitration process that is inherently biased towards corporations and offers no meaningful appeals process.

Last year, The New York Times reported on the proliferation of these clauses in employment contracts, nursing home contracts, credit card contracts, and other agreements between individuals and corporations, describing the trend as “a far-reaching power play” and highlighting examples of people who were deeply wronged by these corporations, only to discover that they had unwittingly forfeited their constitutional right to hold them accountable in court.

Ever since a series of controversial Supreme Court decisions ruling that companies can use these clauses to force disputes out of the legal system and into the private arbitration process, they’ve become far more common. And in telecom contracts, they’re nearly ubiquitous. A study by the Consumer Financial Protection Bureau found that 99.9% of wireless subscribers were subject to mandatory arbitration clauses. Moreover, 99.7% of those contracts specifically prohibited class-action suits.

Why does that matter? Imagine you pay to upgrade to faster internet service, but find that your service keeps cutting out. Or imagine that a mysterious 99-cent fee starts appearing on your broadband bill, separate from the monthly rate you agreed to pay. Or imagine that you go to cancel your service, only to get hit with a $200 early termination fee you don’t remember agreeing to pay.

If you believe that you’ve been wronged, you could take your service provider to court. But you’d have to find a lawyer willing to take on a multi-national telecom provider over a few hundred bucks. And even if you won the case, you’d likely pay more in legal fees than you’d recover in the verdict.

The only feasible way for you as a customer to hold that corporation accountable would be to band together with other customers who had been similarly wronged, building a case substantial enough to be worth the cost—and to dissuade that big corporation from continuing to rip its customers off.

That is exactly why these mandatory arbitration clauses specifically prohibit class-action lawsuits: because they may be the only thing these telecom giants really fear. With class action off the table, they know it’ll never be worth your while to take them to court, even when they are clearly in the wrong.

Of course, a broadband provider is not necessarily out to defraud its customers. But with mandatory arbitration clauses in place, what’s to stop them from doing so? If you’re prohibited from using our legal system to get justice when you’re wronged, what’s to protect you from being wronged in the first place?

That’s why the Department of Education, the Department of Defense, the Consumer Financial Protection Bureau and the Center for Medicare and Medicaid Services have all tried to crack down on mandatory arbitration clauses in various contracts—because you shouldn’t have to give up your day in court to get a job, or take out a loan, or put a parent in a nursing home.

And in an age where reliable and affordable internet access is an absolute necessity, we believe that you shouldn’t have to give up your day in court to go online, either. That’s why we’re teaming up to try to eliminate mandatory arbitration clauses in telecom contracts.

But whether it’s in the Senate (where Al has authored legislation that would ban these clauses) or at the Federal Communications Commission (where Mignon is leading the charge for a regulatory crackdown this month), your voice matters in this fight. After all, these are your rights at stake. If the issue of mandatory arbitration remains just another little-known way for corporations to take advantage of the little guy, it’ll be impossible to stop them. But if we raise awareness about this quiet threat to our rights and raise our voices in support of eliminating this unfair practice once and for all, we can strike a blow for justice and protect every American who goes online—which is pretty much all of us. 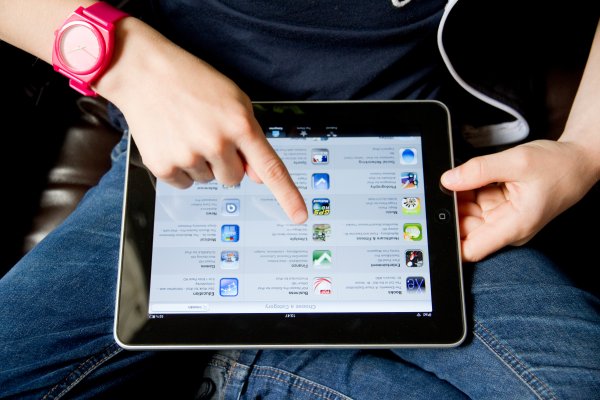 Here Is How to Decide How Much Screen Time to Give Kids
Next Up: Editor's Pick