A Conservative Party lawmaker on Friday filibustered a bill that would pardon gay men still alive but who were convicted in the past of now-abolished laws against homosexuality in the U.K.— a day after announcing that the government will back a previously proposed alternative.

On Thursday, Justice Minister Sam Gyimah said in a statement that the government will pass an amendment to the Policing and Crime Bill that will posthumously pardon around 40,000 gay and bisexual men convicted over same-sex relationships before the law was changed decades ago. The amendment, dubbed “Turing’s Law” after the scientist Alan Turing, who was posthumously pardoned in 2013, is due to be passed sometime in the last week of October.

But Gyimah stated that the government would not support a private members’ bill— an amendment introduced by members of parliament who are not cabinet ministers— that sought to automatically pardon thousands of gay men who were still alive and had past convictions before homosexuality was decriminalized. To cries of “shame” in the House of Commons, Gyimah filibustered the bill on Friday afternoon.

Here’s a bit more on the pardon and the filibuster:

Who is Alan Turing?

Turing was a brilliant mathematician who played the key role in breaking Germany’s top-secret Enigma code in World War II, which gave the Allies a major edge over the Nazis and eventually helped win the war. His work also led to the creation of the modern computer—his “Turing test” is still considered the gold standard for determining the quality of artificial intelligence. Despite Winston Churchill describing Turing’s codebreaking as “the single biggest contribution to the allied victory,” he was outed on charges of homosexuality in 1952 and was sentenced to chemical castration. Two years later he took his life with an apple laced in cyanide. He was given a posthumous royal pardon by the Queen in 2013.

But isn’t homosexuality legal in the U.K.?

Consensual sex between men over the age of 21 was decriminalized in 1967 in England and Wales, in 1980 in Scotland, and in 1982 in Northern Ireland. In 2001 the age of consent for homosexual sex was lowered to the same age as for heterosexual sex, 16. According to the New York Times, the pardon only applies to men as lesbian sex was never specifically outlawed in the country, although lesbians were long prosecuted under various vice statues. Same-sex marriage has been legal in the U.K. since 2014.

The amendment to the Policing and Crime Bill that would have provided posthumous pardons was first put forward by Liberal Democrat upper house peer Lord Sharkey in 2012. After decades of campaigning by the LGBT community and Turing’s family, major political parties eventually pledged to introduce the what became known as Turing’s Law in 2015. Justice Minister Gyimah said the government had chosen to support Sharkey’s amendment because “it is hugely important that we pardon people convicted of historical sexual offenses who would be innocent of any crime today.”

The government also announced on Thursday that men convicted in the past of sexual offenses that are no longer illegal can apply to have their crimes expunged by the interior ministry in a “disregard process.” According to the Times, only 335 applications have been received since 2012, and 84 have been granted.

The Chainsmokers' "All We Know" Will Be Their Next Earworm

John Nicholson, an MP with the Scottish Nationalist Party, put forward a bill that that would give a pardon to living men convicted in the past of having gay sex. But the Conservative government said on Friday that they would block the bill because it could lead to people claiming they had been cleared of sexual offenses that are still regarded as crimes, such as having sex with a minor or non-consensual sexual activity. “I understand and support the intentions behind Mr Nicolson’s Bill,” Minister Gyimah said in a statement. “However I worry that he has not fully thought through the consequences. A blanket pardon, without the detailed investigations carried out by the Home Office under the disregard process, could see people guilty of an offense which is still a crime today claiming to be pardoned”

“That is simply not true” Sara Ogilvie, a policy officer for the human rights advocacy group Liberty, tells TIME. “The bill debated today had a clear statement that if the thing you were committed for was still an offense you would not be pardoned for it.”

Others turned to Twitter to express their outrage over the bill being thrown out:

Is a pardon enough?

Others have said that a pardon for those convicted of homosexual behavior is not enough. Instead, they believe the government needs to issue an apology. Gay activist George Montague, 93, who was convicted in the 1970s for gross indecency, told BBC’s Newsnight: “I was only guilty of being in the wrong place at the wrong time. My name was on the ‘queer list,’ which the police had in those days. And I will not accept a pardon.” While describing Turing as a hero, he expressed his dislike of the posthumous pardon. “What was he guilty of?” Montague said. “He was guilty of the same as what they call me guilty of; being born only able to fall in love with another man.”

Most Popular on TIME
1
TikTok Teens Are ‘Going to War’ Against the Trump App
2
U.K. Government Relaxes Quarantine Rules For Travelers From 58 Countries
3
Scientists: WHO Is Wrong About Airborne COVID-19 Spread 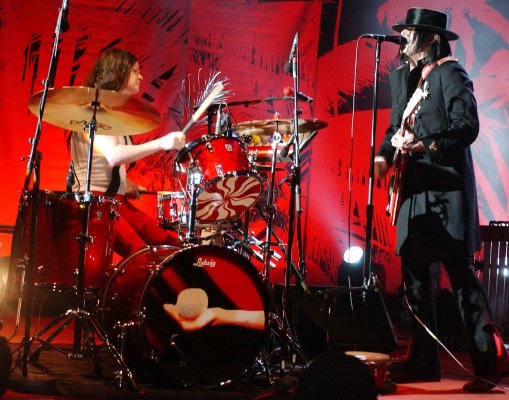