Here's How Tesla Is About to Take On Uber

Tesla CEO Elon Musk is no stranger to risk. Fans of the company have called its leader savvy and visionary; critics and competitors have described some of his decisions as reckless.

Reaction to Musk’s latest move, announced on Wednesday, has been no different. His decision to equip all new Tesla vehicles with radar and cameras that will enable them to (eventually) drive autonomously—without human intervention—has been described as brilliant while others have called it dangerous.

This is a speculator’s game. Here’s what is not: Tesla’s announcement marks a turning point in the race towards fully autonomous vehicles. And the underlying subtext of the announcement as well as the more detailed information on the company’s website contains some remarkable milestones.

There Is Now a Price Benchmark for Full Autonomy

Tesla customers will be able to order “Full Self-Driving Capability,” when they buy a new car. Vehicles with this ability will have eight cameras (not the standard four), ultrasonic sensors, radar, and a supercomputer capable of processing data 40 times faster than previously.

Tesla says this enables full self-driving in “almost all circumstances, at what we believe will be a probability of safety at least twice as good as the average human driver.” The self-driving package costs $8,000. The software, or the brains, will still need to be validated and then eventually rolled out via updates to the system. The proper regulatory approvals will also need to be sorted out, so it’s unclear when customers will be able to experience fully autonomous driving.

“People are always talking about how expensive fully autonomous cars will be initially,” Gartner analyst Mike Ramsey told Fortune. “It might be $100,000 and would only be run by cabs. But it’s not. We now have a price for full autonomy.”

Tesla regularly updates the software in its cars via wireless networks to enhance performance and fix security bugs. It’s been using these so-called over-the-air software updates for years. This capability has helped the company continually improve its cars even after they’ve been sold and to stay ahead of bigger and more established automakers.

This latest announcement not only validates the importance of easy software updates, it shows how central it is to Tesla’s business model and survival. Loading cars with hardware that might not be used for years—and requires a software download to unlock the features—is unprecedented in the industry.

First Steps Towards Turning Tesla Into a Ride-Hailing Network

Musk has talked about using self-driving cars for a ride-hailing network that owners could deploy and use to generate some extra income. Uber, Ford, and General Motors have also indicated plans to introduce self-driving taxi services.

The first signs that Tesla is moving towards this vision are on the company’s website, included in a description about the self-driving capability.

This means owners won’t be permitted to use their self-driving Tesla to pick up people using the Uber ride-hailing app. Rather, they can only do so as part of what is now being called the Tesla Network.

Tesla Has Picked Sides in the Hardware Wars

Tesla’s new self-driving hardware doesn’t include Lidar, the light-sensitive laser imaging radar that Google, Ford, and other automakers are using to develop driverless cars. And the company has ditched the computer vision chips and software that its former supplier Mobileye uses, instead it has opted to develop its own vision processing tools used for helping cars perceive the world around them.

This choice could help keep costs lower in the short term, but Lidar is expected to drop in price thanks to heavy investment from automakers and companies developing the tech.

All of this raises the stakes for other automakers, says Ramsey.

“You can discount Tesla six ways from Sunday and with good reason, but this puts a huge amount of pressure on the other automakers,” Ramsey says before referencing Tesla’s pending acquisition of rooftop solar company SolarCity. “They may not be able to make money and they may go out of business when they combine with SolarCity, but they definitely have a disruptive effect on the rest of the industry.” 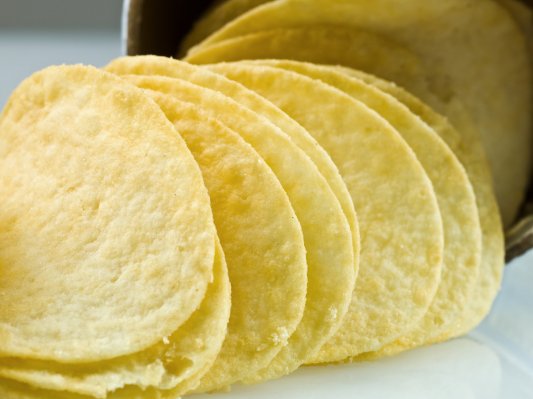 Pringles Has Already Announced This Year's Holiday Flavors
Next Up: Editor's Pick