'To Be White Is to Be Racist.' Oklahoma Teacher's Race Lecture Divides

A high school teacher in Oklahoma sparked a controversy at his school when he told students in a discussion of race that “to be white is to be racist, period.”

“Am I racist? And I say, yeah. I don’t want to be. It’s not like I choose to be racist, but do I do things because of the way I was raised?” the unnamed teacher says in an audio recording made by one of his students who was offended by the lecture.

Some students, like the one who made the recording, were upset by the class, and Norman Public Schools Superintendent Joseph Siano said the situation was “poorly handled.”

“While discussing a variety of philosophical perspectives on culture, race and ethics, a teacher was attempting to convey to students in an elective philosophy course a perspective that had been shared at a university lecture he had attended,” Siano said in a statement, the Huffington Post reports. “We regret that the discussion was poorly handled.”

Other students, however, have begun demonstrating in support of the teacher, or at least in support of his attempt to tackle thorny issues.

“What has been reported in the news doesn’t accurately portray what happened in our philosophy class, nor does it reflect what we believe in at our school,” a student who attended both the class and the demonstration said in a statement to The Huffington Post. “The information was taken out of context and we believe it is important to have serious and thoughtful discussions about institutional racism in order to change history and promote inclusivity.” 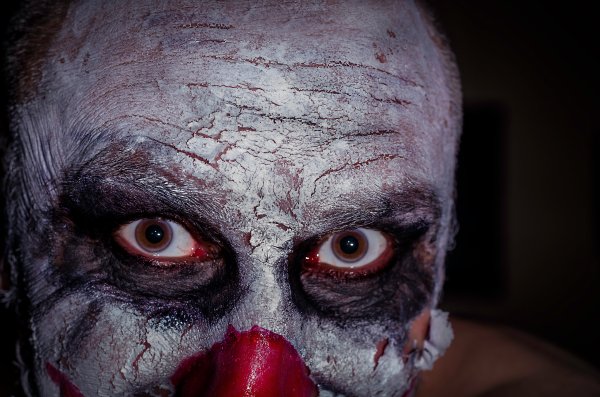 Penn State Students Flood Streets to Hunt for Clowns
Next Up: Editor's Pick