Sebastian Mallaby’s new biography of former Federal Reserve chair Alan Greenspan, The Man Who Knew, might easily have been titled The Man Who Knew–And Didn’t Act. The central revelation of the book is that Greenspan, far from being a blind follower of “markets know best” efficiency theory, was well aware that easy monetary policy and soaring stock prices could create bubbles–terribly damaging ones. And yet throughout his tenure, he allowed them to expand, believing them preferable to dramatic government interference in markets. The great irony is that, thanks in large part to Greenspan, central bankers themselves have become the major player in global markets–something that has introduced huge, unknown risks into our economy. Clearly, Greenspan was the man who didn’t know quite enough.

Greenspan’s legacy offers lessons for today’s economic problems. First, economics should almost always focus on the empirical over the conceptual. Arguably, Greenspan’s biggest insight came when he was deep in the weeds, tallying numbers rather than relying on theoretical models. In the summer of 1996, for instance, the Fed was embroiled in a debate over potentially hiking interest rates to cool an overheating economy. Wages were rising, and the stock market was up 45% over the course of a year. Yet productivity figures seemed oddly weak, given the efficiency gains that businesses were seeing from globalization and new technology.

Solving this conundrum was crucial–if productivity was actually rising, then there was no reason to raise interest rates, since workers making more widgets could be paid more without triggering inflation. Nearly every economics guru at the time, from Larry Summers to Janet Yellen, was worried about inflation. But Greenspan insisted that Fed researchers go back and recalculate the numbers across 155 industries over four decades. The result: Greenspan was right that low productivity in services had skewed the overall rate. It’s a lesson that current Fed chair Yellen seems to have taken to heart as she encourages similarly deep data dives.

But Greenspan–and, as a result, the economy–faltered when there was a deficit of data and a surplus of ego. He had many lucky hunches and some policy home runs throughout the 1990s. But the praise and political power that came with those victories ultimately seemed to make him less willing to rock the boat by raising interest rates. Once a staunch opponent of government bailouts (he had been against the bailout of New York City in the 1970s as an adviser to President Ford, a position befitting his early devotion to libertarian philosopher Ayn Rand), he later supported bailouts of emerging markets like Mexico, whose debt was held in part by big U.S. banks–a crucial fact that the book underplays. He dismissed the famous warnings by Commodity Futures Trading Commission chair Brooksley Born on derivatives, believing incorrectly that they weren’t as potentially damaging as she thought (turns out, they were). He made sideways references to “irrational exuberance” in the markets by the late 1990s, but backed off acting when they appeared to stabilize. And Greenspan enjoyed his stardom, driving fast cars, dating beautiful women and holding court in Washington.

To his great credit, when crisis hit in 2008, he issued a mea culpa. Yet oddly, Mallaby, who wrote the book over five years with Greenspan’s cooperation while working as a senior fellow at the Council on Foreign Relations, writes that it was a mistake for him to do so, since Greenspan never really believed in rational markets.

I disagree. While Greenspan’s flaw was less intellectual than moral, the fact that he admitted to making a mistake is one of the turns in his story that redeem him. Many others who played a part in the events leading up to the Great Recession failed to do so. What’s more, his admission is an important counterexample in the ongoing fiction of the omniscient central banker (one that Greenspan, who famously cultivated his image, helped craft). The world has come to depend far too much on central bankers’ being those “who know.” This has helped further politicize the Fed–Donald Trump now argues that the central bank is purposely inflating a bubble to get Hillary Clinton elected–and let politicians off the hook for legislating regulation.

In Greenspan’s life story, then, we find a perfectly timed morality play about putting too much faith in oracles–and what happens when even they admit that things have gone wrong. 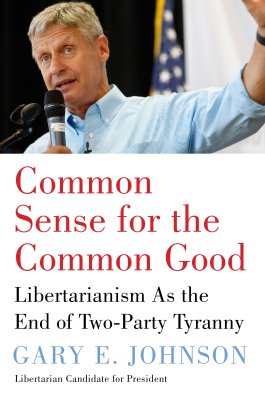