This Is How Early Voting Became a Thing

A volunteer prepares to hand out stickers to voters at an early polling station in Towson, Md., on Nov. 1, 2016.
Patrick Semansky—AP
By Olivia B. Waxman

As of Nov. 6, more than 101 million Americans are known to have voted ahead of Election Day on Nov. 3 — a total equal to about 73% of all votes counted in the 2016 election, according to the United States Election Project, which tracks early voting data.

But how did early voting become a thing?

The precursor to the idea was absentee voting, which essentially allows people to vote early and from afar if they aren’t going to be available on Election Day. NCSL’s Wendy Underhill says the earliest evidence the organization could find was “a list of eligible persons [who] were permitted to vote before Election Day” when Louisiana established “in-person absentee voting” in 1921.

But the reason behind that particular change is unclear, and the origins of the idea of absentee voting go even further back.

“Excuse-required absentee voting started during the Civil War —a product of the competition between Abraham Lincoln and George McClellan,” says Paul Gronke, a professor of political science at Reed College and founder and director of the non-partisan Early Voting Information Center. “Lincoln wanted to assure that he got the votes of the soldiers who were serving away from home.”

The earliest example of early non-absentee voting that Gronke can recall dates back to the late 1970s. California adopted a type of early voting called “no-excuse absentee balloting” — in which voters don’t have to have an excuse to apply for an absentee ballot — because the state was dealing with “an increasing number of people who were simply lying, saying ‘I couldn’t make it to the polling place’ when what was apparent is that they had really long commutes or it was otherwise really inconvenient to make it.”

By the late 1980s, Texas had become the first state to offer early in-person voting, for similar convenience reasons.

In 1995, Oregon became the first state to conduct a federal primary election entirely by mail, prompted by the resignation of U.S. Senator Bob Packwood (after the Senate Ethics Committee found him guilty on charges of sexual harassment). Democrat Ron Wyden was elected in January of 1996 in what was the first mail-only general election to fill a federal seat, and he has held office since. In 2000, Oregon became the first all vote-by-mail state after a citizens initiative garnered 70% approval in 1998. Washington did the same in 2011 and Colorado did in 2013.

After the Florida recount and “hanging chad” debacle of the 2000 presidential election, a wave of states started adopting early voting because they were worried election officials were too rushed on Election Day and that, as Gronke puts it, “reducing the pressures on election officials on Election Day would reduce the likelihood of long lines or polling place problems.”

In 2016, two in five ballots cast for the general election were early, absentee or by-mail, according to a federal survey of state data on the administration of federal elections. 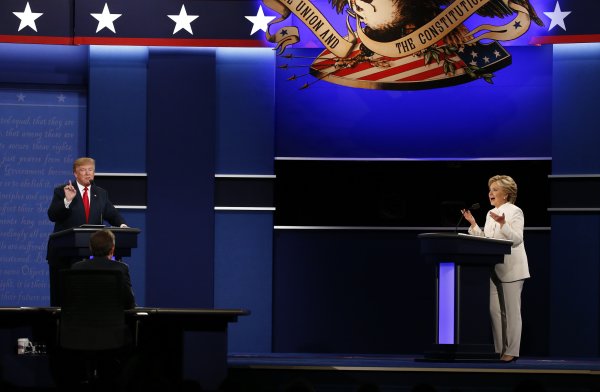