Shailene Woodley: The Truth About My Arrest

Shailene Woodley was arrested last week and charged with criminal trespassing and engaging in a riot. She pled not guilty on Wednesday. This is her first full statement in response to what happened.

I was arrested on Oct. 10, on Indigenous Peoples’ Day, a holiday where America is meant to celebrate the indigenous people of North America.

I was in North Dakota, standing in solidarity, side-by-side with a group of over 200 water protectors, people who are fighting the Dakota Access Pipeline.

People who carry a rainbow of colors on their skin. People who gathered together because they realize that if we don’t begin taking genuine steps to protect our precious resources—our soil, our water, our essential elements—we will not have a healthy or thriving planet to pass on to future generations.

I was in North Dakota, standing side by side with Native Americans.

You know, those who were here before us.

And they are still fighting the good fight. A fight that serves each and every one of us.

They are still putting their lives on the line to protect the roots that feed our existence.

And, guess what else, dear America? They are still being ignored.

We are still throwing them in jail.

We are still silencing their dedication to protect us from the planetary consequences that will catastrophically bleed from our ignorance.

We wear their heritage, their sacred totems, as decoration and in fashion trends, failing to honor their culture. Headdresses, feathers, arrows. Moccasins, sage, beadwork. You know what I’m talking about, Coachella. Walking around the flea market this weekend, I can’t even tell you how many native references I saw being used in a way that feeds our western narrative.

We buy plastic teepees from Toys-R-Us and set them up in our living rooms for children to play in.

Somehow, we’ve allowed 200-plus years to go by without questioning the western truth we have been told to believe about Native Americans.

And now, in 2016, in the day and age of exciting technology, which empowers revolution and curiosity, we are still blindly (or maybe not) allowing 200 years of unjust history to continue.

We are allowing Native American voices to be swallowed by the white noise of distraction.

Doesn’t this sadden you, America?

When we talk about marginalized communities in our country, we do not (on a mainstream level) include Native Americans.

When we talk about sex trafficking in our country, we do not (on a mainstream level) include Native Americans.

And when we talk about governmental integrity, we do not (on a mainstream level) include Native Americans.

Treaties are broken. Land is stolen. Dams are built. Reservations are flooded. People are displaced.

So much so that it took me, a white non-native woman being arrested on Oct 10th in North Dakota, on Indigenous Peoples’ Day, to bring this cause to many people’s attention. And to the forefront of news publications around the world.

The day I was detained, 26 others had to dress in orange as well, as they were booked into the Morton County jail. Did you hear about them?

Twenty-six men and women who put their livelihoods on the line, to protect their children, your children and my future children.

Twenty-six men and women who realize that millions of people depend on the Missouri River for drinking water.

And, you guessed it, you may be one of them. Did that catch your attention?

When the Dakota Access Pipeline breaks (and we know that too many pipelines do), millions of people will have crude-oil-contaminated water. I know it is easy to be apathetic or detached from the reality that fossil fuel contamination could actually affect you and the ones you love… But hear me loud and clear: If you are a human who requires water to survive, then this issue directly involves you. Don’t let the automatic sink faucets in your homes fool you—that water comes from somewhere, and the second its source is contaminated, so is your bathtub, and your sink, and your drinking liquid. We must not take for granted the severity of this truth.

The reason we were freezing our a—es off on Oct. 10 in peaceful protest was because the night before (mind you, right after the presidential debate and on the eve of Indigenous Peoples’ Day—coincidence?) the U.S. Court of Appeals denied an injunction to halt construction of the pipeline. As in: They began building once again.

The Dakota Access Pipeline, my friends, is not another time to ignore, mistreat and turn a blind eye to Native Americans. But it is time to guarantee the safety of Manhattan—despite the soon-to-be-fueled gas pipeline called AIM. (For all of you in the tri-state area, this is being built under a failing nuclear plant. Fukushima only happened five years ago. This plant is just about as far from Manhattan as the U.S. government told Americans to keep away from Fukushima to protect them from a worst-case scenario. Look it up and do something about it.) We have the technology for renewable energy, and it’s up to us to begin utilizing.

I appreciate all of you out there who supported me while I was arrested. I am humbled and grateful for your love, your prayers and your hashtags.

And what could it look like if we learned from this instance, where it took myself getting detained to raise awareness about Native Americans? What if we used it as a catalyst for a full societal shift in the way we start thinking and treating and learning from indigenous peoples? So that in the future, it doesn’t require a non-native celebrity to bring attention to the cause.

What if we don’t let this stop trending on social media, at our dinner tables, in the streets? What if we wake up to the possibilities of noticing, of choosing and of acting on our awareness?

What if we take the time to understand the dynamics of what is at risk here?

I am not scared. I am not afraid. I am grateful, and I am amazed to be standing by the sides of so many peaceful warriors. Standing Rock “protests” are rooted in ceremony and in prayer. I’ve been there. And all these narratives about riots? Just watch my Facebook livestream and decide for yourself who looks more dangerous: police in riot gear with batons, or native grandmothers and children smudging sage and singing songs.

Thank you, to all the tribes who have gathered. To all the nations standing as one. To all the people who know that if not we, then who? And if not now, then when?

Simply feeding off the hype of a celebrity’s arrest ain’t going to save the world. But, standing together will. Please stand in solidarity with the Sioux people of Standing Rock Reservation to ensure that we still have rivers to swim in, springs to drink from and lakes to float on. Will you join us? 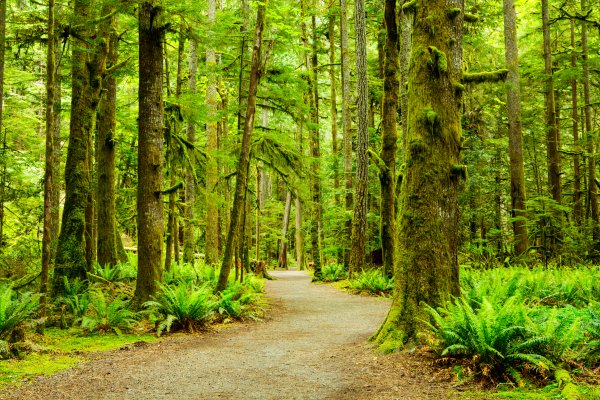 This Is What Would Happen If Nature Had the Same Rights as Corporations
Next Up: Editor's Pick