At last, we know what Nintendo’s new console, codenamed NX, is all about. The new device, out March 2017, is called Nintendo Switch. It’s a tablet meets a gamepad meets docking station, and it looks almost exactly like the mobile-console hybrid observers have been speculating the Japanese games company might deliver for years.

The edgy, upbeat, three-minute teaser video was short on specifics, but long on people juking and jiving with the new system in on-the-go scenarios. Planes, trains, automobiles, park benches, you name it. (Okay, not trains in the video, but why not?) There’s a pro-style wireless controller, a stand for the back of the tablet that lets you prop it up to play with the controller if you position the tablet on a tablet (or the seat tray in an airplane), the option to position a bunch of systems near each other for local play. And yes, the system uses tiny cartridges.

In the video, we see someone playing the tablet-style system in a docking station that’s connected to a big screen showing Nintendo’s upcoming The Legend of Zelda: Breath of the Wild action-adventure. He then slides the sides of his controller off like someone drawing a pair of guns, and pops them onto the side of the tablet. (They look a bit like the third party clip-on accessories you can buy for Apple and Android tablets.) And then he’s out the door with the thing.

And the “one more thing” at this point looks like it involves pulling all these control pieces off and letting more than one person simultaneously play. So with Switch, we’re definitely looking at something that’s drawing on the lessons learned from just about everything Nintendo’s tried its hand at so far, right up to and including the Wii U. 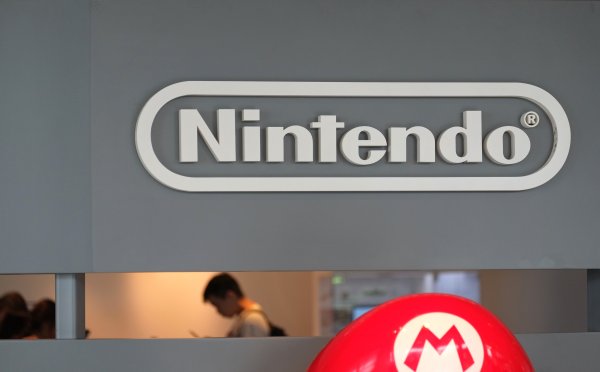 Nintendo NX Console to Be Revealed
Next Up: Editor's Pick