A girl from the minority Yazidi sect, fleeing the violence in the Iraqi town of Sinjar, rests at the Iraqi-Syrian border crossing in Fishkhabour, Dohuk province on August 13, 2014.
Youssef Boudlal—REUTERS
By TIME Staff

An Iraqi couple that planned daring rescue missions to save women and girls enslaved by the Islamic State (ISIS) have been honoured with the 2016 Human Rights First Award.

Human Rights First President and CEO Elisa Massimino said in a statement that the couple were the last remaining hope for many women and girls enslaved by ISIS.

“When the Islamic State’s reign of terror and extreme violence hit close to home, the Hasans thought not of their own safety, but of how they could rescue others,” she said.

What began as a one-off mission to rescue Maha, the 17-year-old daughter of a couple they had met at a refugee camp, developed into a full-time underground operation the couple says has saved some 170 girls from ISIS.

Thousands of Yazidi women and girls were captured or enslaved by ISIS after the group ransacked Northern Iraq’s Sinjar in August 2014.

After hearing of Maha’s plight, Aldakhi — a former member Iraq’s legislature — quickly assembled a network to smuggle her out of Mosul, where she was being held captive.

“After we rescued one and two girls … the families heard we helped [kidnapped] girls so they came to us and gave us the locations of their daughters,” he told Reuters through an interpreter. 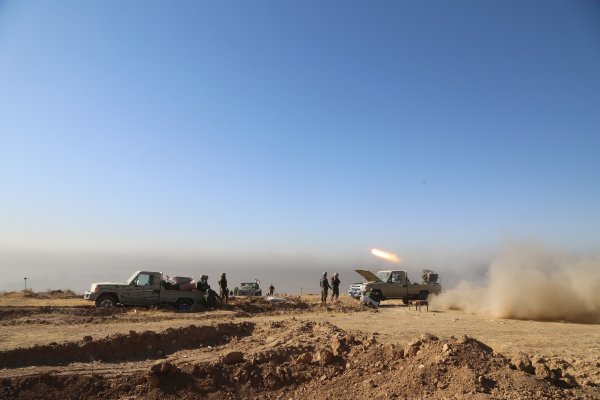 The Big Question in the Battle for Mosul Is What Comes After
Next Up: Editor's Pick