During a discussion of entitlement reform, Clinton jabbed Trump for avoiding paying income tax for a number of years.

“We need to put more more money into the Social Security trust fund,” she said. “That’s part of my commitment to raise taxes on the wealthy. My Social Security payroll contribution will go up, as will Donald’s, assuming he can’t figure out how to get out of it.”

Trump interjected: “Such a nasty woman.”

Earlier in the debate, Trump had avoided making just that kind of comment, when in a discussion of Vladimir Putin he said the Russian leader has “has no respect for this person.”

Clinton’s Twitter account was quick to call Trump out for the phrasing, while someone went ahead and registered a vanity URL that redirects to her campaign page. 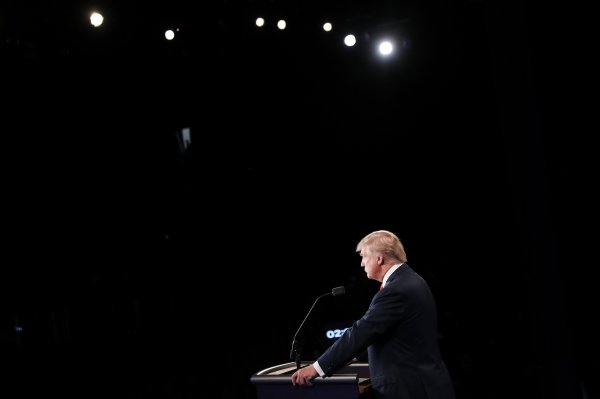