Donald Trump said that if elected president his immigration plan would include deporting the “bad hombres” he says are bringing drugs and crime across the border during the final presidential debate of the 2016 election on Wednesday.

“We have some bad hombres here and we’re going to get them out,” the Republican nominee said on stage at the University of Nevada at Las Vegas.

The final presidential debate started off with substantive dialogue led by moderator Chris Wallace—discussions of Supreme Court nominations, positions on the Second Amendment and abortion, and immigration policy.

During a back-and-forth about the two candidate’s stances on border security, Trump aligned President Obama and former Secretary of State Hillary Clinton with strict immigration policies like the ones he champions on the campaign trail, while blasting the Democratic nominee’s plans as amnesty.

Trump’s mention of “bad hombres” lit up Twitter, in the same vein as his running mate Gov. Mike Pence’s use of “that Mexican thing” during the vice presidential debate earlier this fall. Soon after it was uttered, the hashtag #badhombres trended on Twitter. 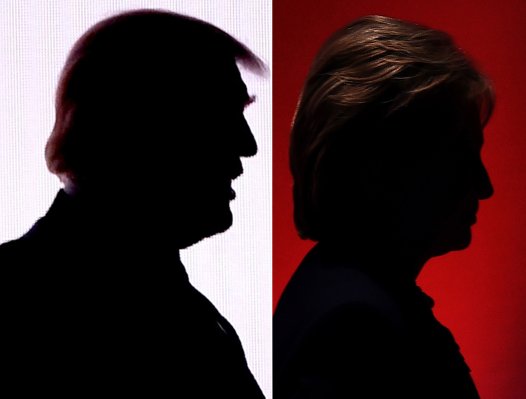 How to Watch The Final Presidential Debate Online
Next Up: Editor's Pick