At his final state dinner Tuesday, President Barack Obama compared the current presidential election to a trip through hell.

Obama, who was hosting Italian Prime Minister Matteo Renzi, used a classic work of Italian literature to draw the comparison. “Some days our presidential campaign can seem like Dante’s “Inferno,” President Obama said in reference to the contest between Donald Trump and Hillary Clinton, according to the Washington Post. The rest of the speech celebrated the relationship between the U.S. and Italy.

Earlier in the day, the president told Trump to stop complaining about a “rigged” election. This was Obama’s final State Dinner at the White House, a milestone he marked with a quote from Italian-American baseball legend Yogi Berra — “it ain’t over ’til it’s over.” 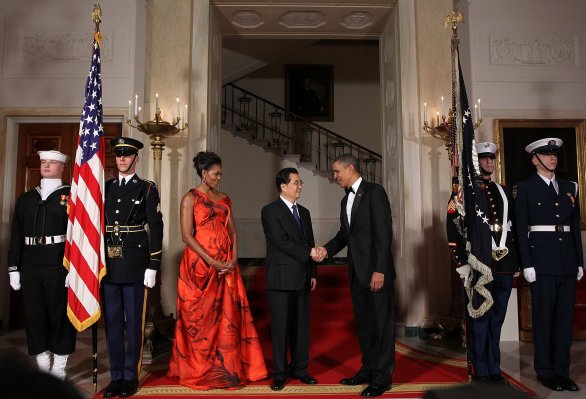