If you only read one thing: With 20 days until Election Day, and millions of people already voting, Hillary Clinton and Donald Trump will face off for their last debate, offering them a final opportunity to make their case for the White House to an audience of tens of millions. But it won’t be the last time they share the same stage—that will be tomorrow night’s Al Smith Dinner, when they share some mild jokes to benefit charity. If you’re hoping for an uplifting and substantive debate about the issues, look elsewhere. After last week’s mud-fest, the outlook for the showdown in Las Vegas tonight is equally bleak. Donald Trump’s campaign is signaling that he will continue to make the Clinton’s personal life an issue, while Trump will face scrutiny over the at least nine accusations of sexual harassment or assault against him.

What Donald Trump needs to do: Dramatically alter the course of this campaign. He needs a Hail Mary, or several. Down in the polls nationally and in key swing states, Trump’s focus to date has been on firing up his own base with a campaign of incendiary rhetoric and insults in hopes it depresses turn out enough to squeak out a win. That strategy is unsupported by data, which shows increases in early voting by all the groups Trump is trying to turn off. To stand a chance, he needs to do some real damage to Clinton’s credibility without appearing too abrasive such that he can’t win over some of the undecided voters he sorely needs.

What Hillary Clinton needs to do: Not much. The “first do no harm” principle applies. She doesn’t need to attack Donald Trump or to score any points. She just needs to survive the 90 minutes without coming out too wounded and she’ll be fine. But Clinton is wary of ceding a “win” to Trump in the debate (even though at this stage it won’t matter), so expect a few pointed lines going his way as she tries to play it safe.

We’ll have more coverage of the debate throughout the day and evening on TIME.com

Why Trump is wrong about “rigged elections.” How the spouses are approaching the debate differently. And the stories behind the greatest portraits of the candidates.

The Fight for Mosul: Kamikaze 2.0
Suicide attacks have long been a leading indicator of defeat, TIME’s Mark Thompson writes

How Donald Trump Changed the Meaning of Gaffes [TIME]

The Hillary Clinton Sessions: The Stories Behind the Greatest Portraits [TIME]

The Donald Trump Sessions: The Stories Behind the Greatest Portraits [TIME] 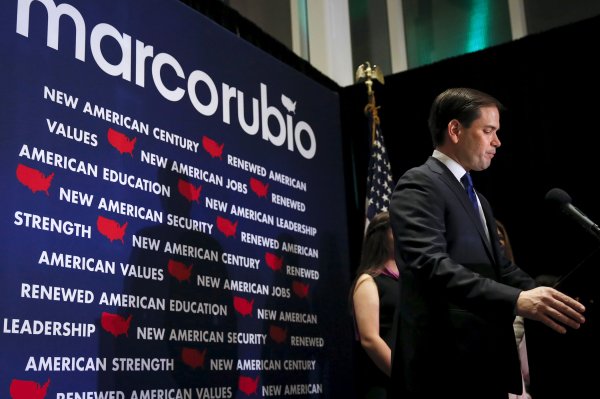