The Philippine island of Luzon — the largest and most populated island in the archipelago — is on high alert as a super typhoon roars across the western Pacific.

Super typhoon Haima — known locally as Typhoon Lawin — was sighted 385 km east of Casiguran, Aurora, according to the latest bulletin posted by the Philippine Atmospheric Geophysical and Astronomical Services Administration (Pagasa) on Wednesday morning. It was packing sustained winds of up to 220 km/h near its center, with gusts of up to 305 km/h, and is expected to make landfall late Wednesday or early Thursday.

Pagasa is expected to raise Tropical Cyclone Warning Signal No. 4 or 5 – the Philippines highest level of alert – on Wednesday evening in Cagayan, Apayao, Ilocos Norte, and northern Isabela.

At just before noon on Wednesday it had already issued Warning Signal No. 4 for Isabela and Southern Cagayan, where the provincial government had started the forced evacuation of residents in towns along the Cagayan River.

Matt McGarry, country representative for Catholic Relief Services — one of many NGOs preparing to support affected communities in the Philippines — told TIME that this would be the fourth typhoon he’d seen in two months but “there’s definitely a different feeling around this one.”

Around 19 tropical cyclones or storms enter the so-called Philippine Area of Responsibility per year, with less than half making landfall. But decades of storm data show that tropical cyclones in the Pacific are getting more intense. In November 2013, Haiyan, the deadliest Philippine typhoon on record, killed at least 6,300 people in the country and caused millions of dollars worth of damage.

Cagayan, at the northern tip of Luzon, is wedged between the Philippine Sea to the east and the Cordillera mountains to the north. Its valleys yield rice, corn, peanut, beans, cattle and hogs. But it is particularly prone to mudslides and flooding. The NDRRMC warned residents that Haima could trigger landslides and flash floods in low-lying areas, and that storm surges of up to five meters could rake its coast. 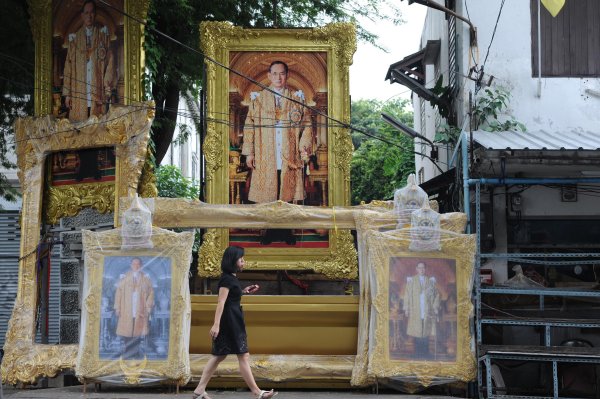